On Marriage and Wedding Anniversaries 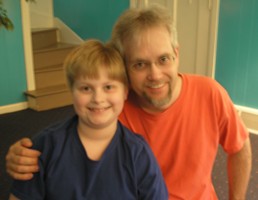 Last Saturday, we celebrated our 13th wedding anniversary. My husband is a kind, gentle, intelligent, artistic, soulful, wise, hard-working guy who is also a fantastic father to our 11-year-old son.

Rather than spending the day out and about (our favorite way to celebrate usually involves going out to lunch, seeing a movie and doing some shopping--with our son in tow), we spent the weekend laying around.

Unfortunately, Ron and I were under the weather all weekend--sinus trouble, low-grade fever, allergy symptoms, headaches, etc.

But he and I have been through enough together that having a seemingly "ruined" day (as many would deem it) is just a part of life. After all, a marriage isn't about a particular day. In fact, it's more about what you do the other 364 days of the year that makes a marriage (or doesn't).

I was chatting with one of my Tarot Classroom students in our Forum and she, too, was to celebrate her wedding anniversary around the same time as ours--two days later, I believe. Even more unfortunate for her, she spent her very firstwedding anniversary helping her husband recovering from back surgery. The poor dear has been his rock and support for many months now as she's dealt with his recurring back pain, so their first year hasn't been very newlyweddish, if you get my drift. 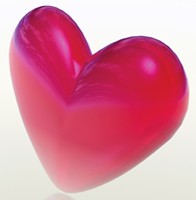 As we were almost-jokingly comparing our anniversary tragedies (one thing I've learned in life: you MUST retain a sense of humor and not remain attached to permanence...because it doesn't exist. Expectation is futile. Yeah, you can quote me on that.)

I then recalled a more somber wedding anniversary.

With my first husband, John, we had to rush him to the ER two days before our 6th wedding anniversary. He was experiencing light-headedness and had been pale for a few weeks. We thought it was the overbearing heat in our non-air conditioned trailer that we lived in while pastoring a local church.

The day of our anniversary, he was diagnosed with leukemia (AML). Two days later, in the hospital, he fell in the shower, busting his face on the toilet--shattering all his front (perfect) teeth. The kicker? He was a professional trumpet player/musician. Music, along with words, was his main "voice" for ministry.

We spent our 7th anniversary on his death bed, the pulmonologist extracting a gallon of fluid from one lung. He died a month later. 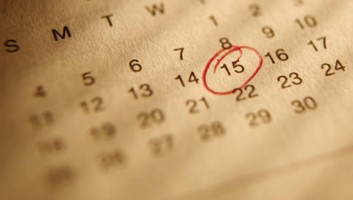 The point? Marriage, and anniversaries, aren't about a date, it's about what happens the other 364 days of the year.

As I said to my inspirational Tarot student and friend, she is a fantastic wife in the midst of extraordinary challenge and that is to be commended.

So for all of you out there that are facing challenges with a partner--job loss, disability, illness, separation or financial difficulty--remember that celebrating an anniversary or special date isn't what really matters in a relationship.

The true hallmark of enduring love is that you are there--the other 364 days of the year.

Thanks for posting this. As I've said, we have had a very difficult year. During my parents' first year of marriage they had some trouble, like my dad's father being diagnosed with cancer. On their first anniversary, Dad told Mom, "If we can get through this, we can get through anything." They are still together, with 32 mostly-happy years of marriage under the belt. I had a great example set for me, and I'm eager to see what else life throws at me.

And yes, I have learned that having expectations is usually just setting myself up for disappointment. I try to just take things as they come, and if things turn out well I'm thrilled but if not I can handle it with grace.

Thanks for all the kind words about me. Inspirational? I hope I am. But more importantly I'm just trying to be there for my husband in the best way I know how.

As you know, we're both Dogs in the Chinese Zodiac, and our fierce loyalty to friends sometimes goes beyond our physical, mental and emotional capabilities. It's what we "do" naturally, but many find this trait inspirational. :o)

Some of us have signed up for the Black Diamond course in life (to borrow a skiing term). You have a wonderful outlook and temperament tht will serve you well in life, hon. XOXO