Throwing the Baby Out (Our Unforgiving Nature and Fragmented Self)

It's no secret that I can be a tough reviewer.

In fact, some people get quite pissed at me for writing a less-than-glowing review of a book or deck. The irate may be the author, or it may be a friend of the author--or just a long time fan of a particular author's work.

Recently, I noticed some fall-out from a particular review I wrote about three months ago. Some in the Tarot community went so far as to block my Twitter account so I couldn't follow them, while one insulted me rather uglily (is that a word?) in a Forum. I refused to defend my review or allow myself to be baited in what was really a personal attack on me (and even my book).

I can certainly understand the impulse to want to "protect our own" or even become outraged when someone presents an idea or behavior that clashes with our own belief, experience or world-view. But what I find intriguing (now that some time has passed!) is how reactive we are as humans--even ones aiming towards expanded awareness or even Zen-like magnanimity. 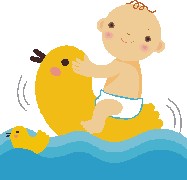 We are so quick to "throw the baby out with the bath water", to borrow a cliche, ready to cut off, squash, drown or hide anything that offends us or our sensibilities--even when such actions may be to our detriment. That is, we are so eager to invalidate, castigate or marginalize a person--even when we used to be a "fan" of an author's work and having benefiting greatly from his/her insights. But we're ready to toss it all out when one of our sacred cows or personal beliefs get sacrificed or stepped upon.

Maybe we write off an author because she irks us. Or maybe we seek to destroy a person in a rather public way (anyone remember what Oprah did to James Frey on her show? At least she apologized, but only personally).

I wonder if Oprah would have behaved differently had she known that Frey's son had a genetic neuromuscular disorder? (In fact, the 11-year-old died during the three-year span of the controversy). Or would her personal self-righteousness gave way to compassion?

Could Oprah's public vindictiveness arise out of the unclaimed shadow parts of herself, I wonder? After reading some of Kitty Kelly's biography on Oprah (click here for a surprising New York Times interview), I have to wonder if Oprah reacted in response to her own disowned parts--the ones that she lies about or tries to suppress via intimidation, "freezing out" or even food consumption.

No doubt, we are a fragmented people, we humans. The quest for wholeness and awareness, and the end of suffering, calls for us to seek out those fragmented parts of ourselves--recognizing, integrating and healing those "cast off" parts of our personality or archetypal patterns that we just can't seem to accept. 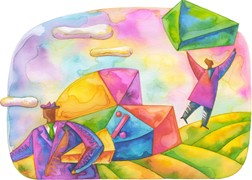 And this fragmented Self desperately tries to find wholeness, but it can't even accept the fragmented parts that make up the whole. And if we can't accept ourselves--warts and wondrousness both--we usually can't truly accept it another, let alone actually see it.

Author Debbie Ford addresses this fragmentation and need for wholeness quite brilliantly in both the DVD The Shadow Effect and the book of the same name.

Fragmentation, or disowning our shadow (either "dark" or "light") is what causes ministers to condemn homosexuality while having gay affairs or politicians crusading to eradicate prostitution while frequenting escorts. When someone pounds a particular drum in a repeated, public way, it's usually their own music that they're really trying to drown out.

So I thought I'd share my musings about shadow work (something I've embraced for years--painful stuff!) and how our fragmented humanity often causes us to cut others off...and makes us the poorer.

What are your experiences? Your thoughts? I'd love to hear them, if you're willing to share.

I, like many, "think" I would enjoy a hassle free existence. One where there was no darkness only Hugs and cuddles. Still I know better... As I am in the throws of midlife... and I do me throws... as in up against a wall... but, now is the prefect time for shadow-work... It's what I think of as massaging the knots out of life... It does not change what happened... it only means that I don't have to carry the lumps and pain if I choose not to. However, like any deep tissue massage the process is still painful... the rewards afterwards are so worth it! I have always described myself as a neither black nor white but a "lighter shade of grey"...

Hi Laurra! You know, Deepak Chopra makes a fascinating observation in The Shadow Effect DVD. He said that “In order to have manifestation, you have to have opposing energies” for, without them, “there would be no creative impulse.”

I can't help wondering if that's what the Kabbalistic Tree of Life shows with its two opposing pillars and the "middle way": the act of creation, from Kether the crown to Malchut the earhty realm--all brought to you by the energy of dualism!

This is such an insightful post. I like this line a lot, "When someone pounds a particular drum in a repeated, public way, it's usually their own music that they're really trying to drown out." I actually believe the reverse is true too... when someone continually does something good for others maybe they are trying to achieve it personally too. Are healers seeking to be healed? Readers seeking clarity and understanding?

I think sometimes we try too hard to be something that others want us to be or what others expect us to be, especially in the New Age community. Its not "enlightened" to be angry or sad or mad or negative. But really I believe that true spiritual advancement and connection comes from learning from each facet of your existence good and bad and then moving on. Its when we dwell on things that we get ourselves into trouble. Metaphorically speaking, you can love the night time, but if you stay their too long you will be wiped out and blank and the reverse if you stay in the daylight you will eventually burn up with too much light. Walk the middle ground. Befriend the shadow.