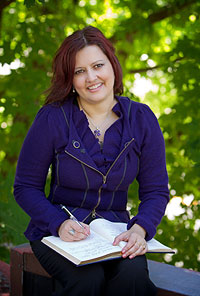 I was so happy to have the opportunity to interview my friend and fellow author Lisa Finander!

We talked about her book, Disneystrology, as well as writing advice for breaking into Mind/Body/Spirit publishing, igniting passion and staying the course. Here's our chat for your enjoyment:

Janet: Lisa, I can't imagine how many hours you had spent watching Disney movies and taking notes for creating Disneystrology. Any estimation? Has the intense scrutiny of your research detracted from your ability to experience the "magic" of certain Disney films?

Lisa: Imagine many, many hours encapsulated into a five-month period. If I had to guess, it would be something like 12+ hours a day, 7 days a week for five months. However, I loved every single minute of it! 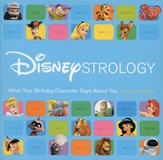 In truth, I enjoy the movies more now, because I investigated the history of what went into making them and can appreciate all the people it takes to make a great film. In the case of The Princess and the Frog and Toy Story 3, I was able to read about the movies before they were released making them more enjoyable for me to watch later.

Janet: Enchanted made it into Disneystrology, which included human characters within it. Was there ever a consideration of other Disney live-action movies for the book--Mary Poppins, The Love Bug, Pete's Dragon, etc.? Or was the idea to fill the book with 100% animated characters from Disney movies?

Lisa: In the beginning, yes, but we decided to use only animated characters which I believe was the right decision, because it makes the book more cohesive.

Janet: Bonnie from Toy Story 3 made it into the book. By my calculations, you would have written about her before the movie was in theaters. How did you know about Bonnie? Were you allowed to see the movie before its release?

Lisa: Not the movie, but I received a PDF of the story to review. That was a fun perq to get a behind-the-scenes peek into how a story turns into a movie.

Janet: You factored in Astrology, Numerology and Tarot in your character-to-birthdate match-up. How did this work? Did you start out with a master list of characters and their traits, or did the 365 astrological/numerological profiles serve as the starting point for matching a character with a day? 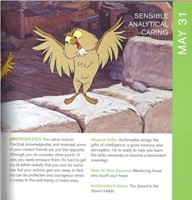 Lisa: I started by building a huge database of Disney characters that I updated daily. It contained the names and movies of over 400 characters. Then, I researched each character diligently by watching movies, clips, reading books, searching online, and viewing images. As I added bits of dialogue, the movie’s back-story (the behind-the-scenes making of movie), and any prominent personality traits to the database, I additionally noted my impressions of where they might fit in the book.

For every month of the year, I printed out a sheet of paper where I made hand-written notes about the astrology, numerology, and tarot card associated with each day of that month. This is where I kept track of which dates were filled and which ones where still available.

Next, I used the two databases simultaneously to determine which characters I would use and assigned them to a specific day of the year. Many people have asked me if I wrote the book in chronological order. I didn’t. Instead, I started with the character and then chose the birthday that they would preside over. In the beginning, it would take me hours to match up a character with a certain day of the year. 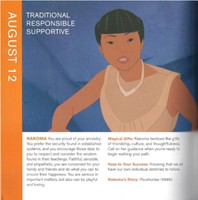 As I wrote Disneystrology, I considered so many things—the making of the movie, it’s animation history, and the people drawing and providing the voice of the characters along with their stories.

In addition to holding the astrology, numerology, and tarot associations mostly in my head, I had several Disney books spread around me, my notes, the character image on my screen, and the movie in the DVD player. I would analyze each character movie by movie and see where they would fit, while being cognizant of how many male and female characters each month had and what astrological signs I had assigned to other characters in the same story

Janet: Whew! You put so much work into Disneystrology! But you know, it really shows. In fact, the "Magical Gifts" and "Keys to Your Success" parts are brilliant, making Disneystrology not only a fun book, but also one that is relevant and empowering because of the esoteric correlations. How did you come up with those?

Lisa: You are sweet to say that. Because Disneystrology is a book based on Disney characters, I wanted to write it in a style that resonated with the magic of Disney. In my opinion, Disney movies are playful but also convey a deeper meaning like the importance of friendship and love. By examining the character’s role in the movie and considering how they were uniquely special, I chose highest attributes and abilities that fit both the character and the day. Besides, what could be more fun than knowing your magical abilities and discovering the secret to your success?

Janet: Numerological and Astrological considerations aside, which Disney character do you associate most with right now? Why?

Lisa: As I wrote Disneystrology, I thought of the characters as fairy godmothers and magical guides for that particular day. When I look through the book, I remember what I was thinking as I wrote about each one and treated every birthday as my own. For that reason, I have associations with all of them. I really don’t have a favorite.

Janet: What are your favorite Disney movies of all time? Why?

Lisa: As a child, I remember The Jungle Book and singing “The Bare Necessities.” I love Fantasia for the magic, visual appeal, and the music. Brother Bear is another favorite. It speaks to my appreciation and respect for nature. Lilo & Stitch makes me laugh. I like the quirkiness of the characters and the Elvis music. The movie Bambi breaks my heart, but I love the characters. Ratatouille, WALL-E, Mulan, Finding Nemo, Up… there are so many.

Janet: What has surprised you the most about writing Disneystrology and its subsequent publication? Do you have any memorable interactions with readers that you’d like to share?

Lisa: I am excited and surprised by the synchronicity between the person and their Disneystrology character. People tell me that growing up they had a picture of their birthday character on their bedroom wall or that the character is from their favorite movie.

The positive response from children and young adults delights me. I love the story about a teen who kept sneaking  her giftwrapped copy of Disneystrology from under the Christmas tree, unwrapped it to look up her friends’ birthdays, and then re-wrapped the book and placed it back under the tree. She did this several times.

Moms tell me how much their young child loves reading the book and looks at every page. One young girl held her 10th birthday party at the bookstore where I was doing a book signing. Her mother bought Disneystrology and had all her friends sign the book by their birthdays. I thought that was a brilliant idea. Now, I bring my personal copy of Disneystrology to all my events and have people sign by their birthdays. It is a wonderful keepsake chronicling all of the people that have shared this experience with me.

Janet: That has to be so incredibly gratifying! Wow. What would you say are your biggest hopes for Disneystrology, Lisa?

Lisa: My hopes are that Disneystrology will be around for a long time and that when people read their birthday entry, it sparks their imagination and makes them smile!

Janet: Disney is all about magic. What enthralls you right now in life? What do you find magical?

Lisa: The process of creation is magical to me; you start out with a vision and the finished product is better than what you originally imagined. It doesn't matter if I'm writing, cooking, gardening, or painting; my passion has always been to create things.

Janet: What’s next for you in terms of writing?

Lisa: It’s a secret right now, but I’m having fun writing and researching the project! 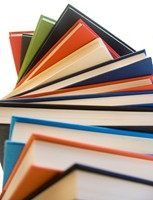 Janet: Look at you being coy! You're acting more Scorpionic than a Scorpio, you Virgo. *laughs* Seriously, though, Lisa, you’re also a developmental editor and writing coach. How do you help burgeoning and established writers go from inspiration to page to publication?

Lisa: The biggest issues I see for writers are deciding and organizing what their books are about and then, defining their audience. I start by helping authors find ideas and subjects that ignite their passion. Writing a book takes a lot of hard work and discipline, and if you don’t love what you are writing about, chances are you won’t enjoy the editing and revising process.

Authors also need to think about the reader when they are writing a book they hope to publish. Sometimes writers believe they are not being true to their craft if they think in terms of marketability and sales. I disagree. In my opinion, a book is a gift an author gives to the reader. You are asking the reader to support your creative efforts by buying your book. In return, you are giving the person an experience, information, and entertainment. Even though I work with authors that write for a niche market, there are ways to broaden your scope and appeal to a larger audience. 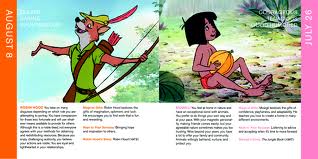 Janet: Thank you so much for answering my questions, Lisa! I love Disneystrology and recommend it all the time (my birthday profile is Manny from A Bug's Life!).  Personally, I think every doctor's office and hospital room should carry it; heck, I can even see it alongside Gideon Bibles in hotel rooms, although your book is so entertaining and colorful, I’m sure theft would be a huge problem…

Janet: You are most welcome...and you know I'm totally serious! :oD

Lisa has appeared on Twin Cities Live several times. Click here to see her discussing Tropical vs. Sidereal Astrology--and how these two approaches relate to the "new" 13th Zodiac sign. You can visit Lisa online at LisaFinander.com