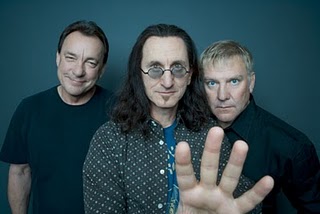 Canadian trio RUSH have been thrilling fans for over 30 years with their unique blend of prog-rock and cerebral lyrics.

In a year's time, drummer and lyricist Neil Peart suffered dual tragedies: in 1997, his only daughter, Selena, died in a car wreck on her way to begin college; a year later, his inconsolable wife, Jackie, died of cancer.

Many RUSH fans wondered if Neil would ever go back to making music--and if RUSH would continue.

Fortunately, Neil returned in 2002--penning both a memoir detailing his healing journey and the lyrics to the CD Vapor Trails.  In his memoir Ghost Rider: Travels on the Healing Road, Neil relates his 14-month, 55,000 mile trip on a motorcycle in search for a reason to live. Interestingly, Neil describes an accurate Tarot card reading he received in California, even using Tarot himself while reading Tarot for Dummies--with equally good results. 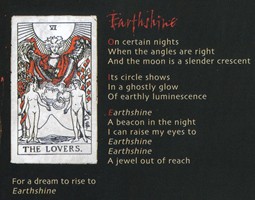 Peaceable Kingdom is especially replete with Tarot imagery, as you can see with these lyrics: 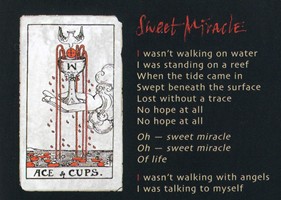 Have heard it all before

I found it odd that the liner notes attribute all "art direction, paintings, and portraits" to Hugh Syme (the artist who has done all of the RUSH album covers except one)--especially since Pamela Colman Smith's initials are still imbedded in the images! (Don't tell Stuart...) 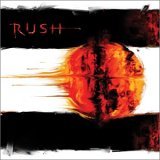 One of the Vapor Trails tour shirts features a large image of the "face in the Moon" (found on the Rider-Waite-Smith Moon card) encircled by T-A-R-O-T (Wheel of Fortune card) . Fortunately, I snagged a red one a few years back--and it's a good thing I did, because I can't locate these T-shirts anywhere on the web right now.

I don't believe I've ever heard Tarot references in RUSH's other CD's (I have 15 of their CDs and 3 DVD compilations), but I will say one thing: every time I listen to their music, Tarot cards dance in my head! I've been known to spend hours writing in my Tarot journal while listening to their music, specifically correlating lyrics/songs to the cards.

What Tarot cards do you "hear" in Rush lyrics? Has Rush inspired or informed your Tarot practice? Have you gotten into Tarot because of Neil's experience? I'd love to hear about it!