Q and A with Lynne McTaggart on The Bond

The following is a fascinating Question and Answer session with author Lynne McTaggart about her newest book The Bond (published by Free Press). I loved her groundbreaking book The Intention Experiment (which was featured in The Lost Symbol), and this book looks to be just as awe-inspiring (I received it a few weeks ago and I'm already blown away by some of the things I'm reading in The Bond!). 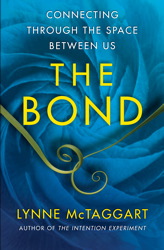 An entirely new scientific story is emerging that challenges our most basic premise: the sense of things as separate entities in competition for survival. Frontier biologists, physicists, psychologists and sociologists have all found evidence that individuals are far less individual than we thought they were. Between the smallest particles of our being, between our bodies and their environments, between ourselves and all of the people with whom we are in contact, between every member of every societal cluster, there is a Bond--a connection so integral and profound that there is no longer a clear demarcation between the end of one thing and the beginning of another. The world essentially operates, not through the activity of individual things, but in the connection between them--in a sense, within the space between things.

2. Why have the crises we now face in many areas of life--from the economy to politics, to the environment--resulted from acting against nature?

The latest evidence from many areas of science suggests that nature’s most basic drive is not competition, as is maintained in classic evolutionary theory, but wholeness.  All living things, including human beings, have been hardwired to seek connection virtually above any other impulse--even at personal cost--and they succeed and prosper only when they see themselves as part of a greater whole. Nevertheless, our current paradigm, as provided us by traditional science, maintains a view of the universe as a place of scarcity populated by separate things that must turn against each other in order to survive. The crises we face today have occurred precisely because the lives we’ve chosen to lead are not consistent with our truest nature as givers and sharers. Every conflict that occurs--whether between husband and wife, social or racial groups, or even nations--is resolved only when we can fully see and embrace the space between us.

3. Why do you believe there is such a thing as "survival of the fairest"?

Our biological success story has more to do with our ability to share and empathize than just adapting to our environment – and we even have a "fairness spot" hard-wired into our brain.

The extent to which a society is fair also determines how successful it is. Epidemiologists studying Western countries have discovered that the more unfair any society--which is to say, economically unfair and hierarchical--the worse off everyone is, both rich and poor, in terms of virtually every social problem.  In countries with giant income disparity between the very rich and the very poor, both the most affluent and the very poorest suffer from higher rates of ill health, higher crime rates, mental illness, environmental problems, and violence. Although one of the wealthiest countries in the world with half the world’s billionaires, America has far and away the highest level of all social problems--crime, lack of education, mental illness, suicide, disease of all varieties--of twenty countries. 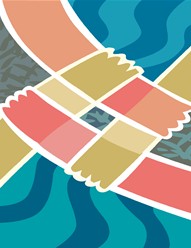 4. How does a slight shift of perception radically transform our relationships?

Every conflict that occurs--whether between husband and wife, social or racial groups, or even nations--is resolved only when we can fully see and embrace the other’s point of view. The key to a successful relationship is to conceive of the relationship itself as a "thing in itself" and to focus on the "space in between"--the glue that holds it together. Once we view ourselves as a part of a bigger whole, we begin to act differently toward each other.  By removing a self-serving aim from the relationship, we stop fighting nature and surrender to our natural impulse toward holism. We can easily embrace difference within that larger definition of connection.

5. What can we learn from the South Africa’s rugby and Oxford’s rowing teams, the Chilean Miners and a community water pipeline about creating a new and vibrant neighborhood?

All these groups made use of what psychologists call a "superordinate" goal--a goal only achieved by large cooperative teamwork of two or more people. Engaging in sharing and teamwork tends to transcend differences, because it emphasizes the very heart of humanity--we are all in this together.  And if we are all in this together we are no longer competing for scarce resources. For instance, South Africa’s entry into the World Cup rugby play-offs in 1995, depicted in the film Invictus, was designed as a means of creating nation-building euphoria, in order to unify a country emerging from apartheid. Creating a common identity and working together for a superordinate goal also was crucial to the survival of the Chilean miners.

People who fire together wire together; the individual brain waves begin resonating in tandem with others when people work together for a common goal; a study of the Oxford rowing team found that they had greater pain tolerance when rowing together than when rowing individually. When we do things in groups, the rush of “we’re-all-in-this-together” elation that we feel actually allows us to resist difficulties, including pain.

6. Why is the Bond so crucial today? How can we survive and thrive in our world, with all of the crises and problems now facing us? 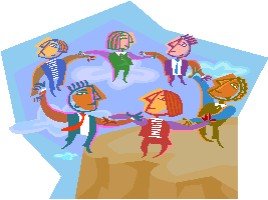 For hundreds of years we have followed a false trail of individual satisfaction as our primary motivation, at great cost.  As individualism rises, the indices of every major aspect of life satisfaction, from health care and education to life span and urban safety, fall further among every member of the population, rich and poor. We create further economic crises, further political struggle, more conflict, more calamitous ecological disaster. We erect higher and higher walls between ourselves and the rest of the world.

We are one of the most important generations in the history of humanity.  With all the calamities in our midst, our choices will affect our children’s children – and indeed the world for all time. We can continue to operate against nature, and connect less and less with what we regard as other than ourselves. Or, we can embrace the opposite impulse, our natural drive to seek wholeness and connection, which will enable us to survive and thrive, as it has in the past.

7. We all have strong views about how to "fix" America.  What can just one person do to create a more cohesive and thriving community?

We must look at our lives from a larger vantage point, so that we see the whole that ties us all together in every aspect of our daily lives. This involves perceive the world differently, relating to others differently, organizing ourselves--our friendships and neighborhoods, our towns and cities--differently, and also looking to a larger purpose in life than living for ourselves alone. It also involves creating a larger definition of "we". 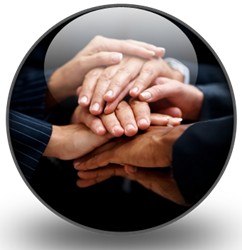 The other idea is to use a superordinate goal to unify your neighborhood.  For instance, a small band of inhabitants of Portland, Oregon, completely revitalized their home city by banding into a group, The Riverfront for People, and holding a protest of the widening of the riverside roadway. After two years of discussions, the Riverfront for People prevailed.  Harbor Drive was demolished, Tom McColl Waterfront Park was created, and Portland still remains a model of accessible and friendly urban life. More importantly, at a time when social capital is increasingly absent in the United States, Portland’s citizenry continue to be the most connected and activist in America.