How the Ego Co-Opts Feelings

I know I've already shared this book for my Book Gems #7, but the fabulous Leyane Jerejian from FSB Associates passed along this great excerpt and, since I love the book so much, I'm gladly reproducing this profound bit of wisdom from author Richard Moss.

How The Ego Co-Opts Feelings by Richard Moss, Author of Inside-Out Healing: Transforming Your Life Through the Power of Presence

In an evolutionary sense, feeling is a much older mode of consciousness than thinking. The large brain and highly convoluted cortex that supports the thinking of modern human beings is a newer development than the midbrain and thalamus that govern most of your feelings. It is feeling that dominates a young child's experience because until the ego has developed, thinking is very limited.

Just watch babies, and you can see that they are constantly experiencing ever-changing feelings, from utter bliss and contentment to screaming distress and misery. A young child feels his own internal reality as well as the emotional environment around him. But he does not yet realize that some feelings arise from within himself and that others are being stimulated from outside. 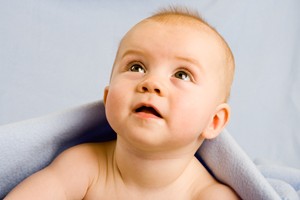 Now try to imagine how a baby learns to deal with feelings as her ego develops, and she begins to see herself as a separate self: Gradually, feelings that seemed to come and go without cause become objects of consciousness that the ego interprets as self. The baby begins to identify with the feelings and to regard herself as happy or unhappy, good or bad, according to the nature of the feelings. Once the ego has claimed these feelings as self, her only defense against them is to try to turn the untamed into the tamed through thinking. In other words, the ego turns feelings into its emotions.

I think this is why the emotions of children change so quickly. A few weeks ago, for instance, I was with a friend and his five-year old son. In the course of an hour or so, the little boy was smiling and happy, closed and complaining, angry and demanding, timid and clinging, crying and inconsolable. . . round and round. The father expressed concern because his son seemed more disturbed and emotional since starting kindergarten. Moreover, whenever his son expressed any unhappiness, the father wanted to immediately do something to take that emotion away; such a normal response for a parent who imagines that something is wrong. 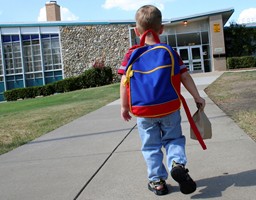 But what I saw was completely normal and to be expected. I saw a young ego trying to come to grips with the flux of feelings (some of them agreeable, and others confusing and dark) that were arising in him because of so many things: having a new daily rhythm, being away from his family more, being in a new environment surrounded by new people (teachers and children with all their own behaviors and emotions), and even the changing of his own growing body.

I could just imagine his young ego bombarded by feelings and his mind racing with thoughts. And because a child has no way to meet feelings with focused-spacious awareness and no way to evaluate his thoughts, those feelings are instantly co-opted by the ego and invariably turned into emotions. For me, it was like looking at the history of humankind and how the thinking mind inevitably makes us all crazy once that which is not of the ego (feeling) has been appropriated by the ego. 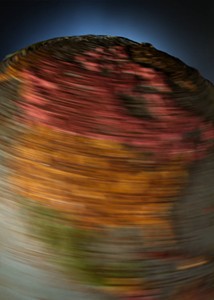 How can you tell if your ego has appropriated a dark feeling? You find yourself compulsively thinking. Your mind will spin with story after story about what is wrong with you, what strategy to pursue, why your situation is hopeless, why your life is ruined or meaningless, or how you can save yourself. It will find every way it can to attack you, judge you, blame others, or even attack them. It will make you guilty, resentful, terrified, hopeless, impulsive, and aggressive. . . one after the other. It is frantically trying to create a known (albeit, terribly amplified) misery in a desperate attempt to be in control of an unknown and ultimately unknowable feeling that it doesn't even realize that it is reacting to.

But the ego can never control what comes from a deeper ground of consciousness. Even though thinking is a newer evolutionary development that has given human beings great power, it is the wrong mechanism for addressing feeling. The more your ego spins stories in the face of abysmal feeling, the more miserable you come. It is the thinking mind that drives a person to suicide or to abusing drugs and alcohol -- not the actual feeling.

Until you understand what is happening to you and can stop your thoughts and instead turn your full awareness with focused, spacious attention directly toward the dark feeling, you might as well be in hell. Indeed, I believe this is the only hell that exists, and it is purely mind-made. The abysmal feelings in themselves are never as terrible as what the ego creates to try to control them.

Copyright © 2011 Richard Moss, author of Inside-Out Healing: Transforming Your Life Through the Power of Presence

Author Bio: Richard Moss, MD, author of Inside-Out Healing, is an internationally respected leader in the field of conscious living and inner transformation. He is the author of six seminal books on using the power of awareness to realize our intrinsic wholeness and reclaim the wisdom of our true selves. He lives in Ojai, California. For a calendar of future seminars and talks by the author, and for further information on CDs and other available material, please visit www.richardmoss.com and follow the author on Facebook and Twitter.

-- Janet Boyer, author of Back in Time Tarot, Tarot in Reverse (Schiffer 2012) and the Snowland Tarot (Schiffer 2013). Featured in Tales of the Revolution: True Stories of People Who Are Poking the Box and Making a Difference (A Domino Project eBook edited by Seth Godin)