Reflections on Little Lord Fauntleroy - The Pictures We Hold 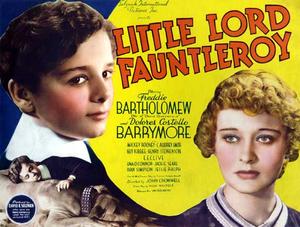 This afternoon, I watched the 1936 black and white movie Little Lord Fauntleroy with my 12-year-old son. A heartwarming, well-acted film, what struck me most about the storyline is how our vision of a person—what we hold to be true about them, the “picture” in our mind—not only affects how we treat them, but, possibly, what they end up becoming.

In the movie, based on the 1886 novel of the same name by Frances Hodgson Burnett, the English Captain Errol dies, leaving his young American wife and their son, Cedric in “genteel poverty” in Brooklyn.

One day, a lawyer named Havisham visits them, saying that Cedric is next in line to become Lord Fauntleroy because his grandfather is Duke of Dorincourt—and he has no living sons to pass on his lineage. The ill-tempered, cold-hearted Duke wants to raise the boy in his English castle, giving him everything he could ever wish for, with one stipulation: the mother, Mrs. Errol, may not live with them in the castle (the grandfather is decidedly anti-American).

Fortunately, the Duke provides her with a nice house and staff nearby the castle, so at least the son can visit her every day.

The point of this blog post, though, is the dynamics and expectations between the mother, young Cedric and the aristocratic grandfather.

Because Mrs. Errol sees the opportunity to give her son a better life, she agrees to the arrangement. Although disappointed and saddened, she isn’t bitter. Knowing that if her son realizes the stipulation for their move to England (that she not live with them in the castle) he would likely be resentful of his grandfather, the mother doesn’t tell him.

Like his mother, the boy is kind and polite. He takes his gentle disposition with him into the castle, none the wiser as to why he must live apart from his mother (she admonishes him to not ask questions and just trust that he’ll understand some day). 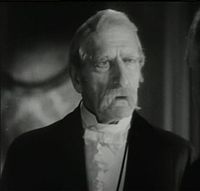 Thrilled to meet his grandfather, Cedric takes to him right away. Soon after, the lawyer Havisham confides to the Duke that the mother didn’t tell Cedric that it was the grandfather keeping them apart—which understandably surprises the Duke.

Most mothers in that situation, even kind and sensible ones, would be angry that they couldn’t be with their child. But Mrs. Errol has an overreaching vision, understanding that her attitude and opinion will affect her son—and thus, the attitude and opinion of Cedric towards his grandfather.

Choosing to hold a vision of a kindly man with good intentions, not to mention a better future for her son, Mrs. Errol passes on this “picture” to Cedric. Thus, Cedric treats his grandfather with affection. 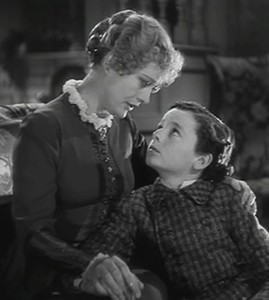 Now what if Mrs. Errol chose to infect her son with vitriol—griping about her selfish father-in-law, complaining that they must be separated, asserting that his prohibition was not only unfair, but also unnecessary…?

What if she called the Duke names, monikers easily thrown about in the throes of emotional distress and, in some ways, accurate: self-centered, divisive, cruel and so on?

Not only would her attitude and judgment have affected her son’s view of his grandfather, but it would have also affected what the Duke ended up becoming: benevolent, fulfilled, joyful, connected and magnanimous.

That was my “takeaway” from the movie Little Lord Fauntleroy: how we choose to see others, in the present moment, and how we choose to speak about them (privately and publicly) may, in fact, affect their evolutionary trajectory.

But have you considered that how you see, treat and speak about your contemporaries, your fellow adults, may not only affect their actions and choices in life—but also what they become? What a concept! What a responsibility! 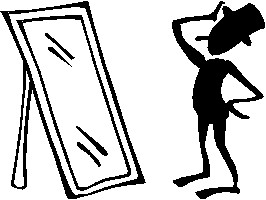 So before you choose to exclude someone from your circle, consider Little Lord Fauntleroy and the gift that his mother gave him.

Before you speak ill of someone, throwing about a convenient label you hope to be propagated because of your own issues, consider how your “vision” may affect him or her…and everyone they end up touching.

Consider that the vision you hold of another may very well be your mirror.

What do you want to become?

What do you wish for your fellow traveler?

Your thoughts, attitude, words and action may hold the answer to these profound questions.