The Truth About Mercury Retrograde 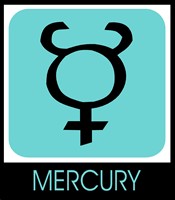 Striking fear in the hearts of many, Mercury Retrograde heralds a time of email glitches, power outages, miscommunication, lost paperwork, snags with fine print and so on. More about that, and what Mercury Retrograde means, in bit.

Now, the truth is, I thrive during Mercury Retrograde periods.

Yes, you read right. And surely, I’m not the only one.

I have tons of energy during Mercury Retrograde periods, getting craploads of writing done—especially reviews. And no, it’s not psychological: last week, after completing my second book, Tarot in Reverse, I assumed I’d be crashed and burned from all the work. Even planned to take a week off writing.

Well, what do you know, I had a burst of energy the day after I sent in my manuscript (and this was after five, 15-hour writing days in a row, mind you). I even overheard Noah say to Ron “I thought she was taking a break after her book was done. I saw her writing”—to which Ron replied, “I know. I don’t think she can help it…”

But I was just as surprised as they were!

A few days later, I heard it through the Astrology grapevine that another Mercury Retrograde was approaching…

Aha!, I thought. Maybe that’s why I’m finally catching up on reviewing and making such progress with research for our Snowland Tarot!

So read on for the scoop on Mercury Retrograde, and how you can not only successfully navigate these dreaded periods, but also use them to your advantage…

The term "retrograde" means "backwards". Obviously, no planet actually goes backwards. However, from our perspective here on Earth, all of the planetary bodies (except for the Sun and Moon) appear to move backwards. Imagine that you're driving down the road parallel to a set of railroad tracks. A train is speeding along to your left, and you pass the train. It appears to be going backwards, but what is really happening is that you are going faster. 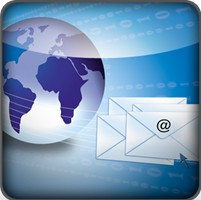 Mercury is a mental planet and governs all forms of communication, including writing and speaking, as well as methods of communication such as computers, phones, faxes, and the mail system. Yes, it’s true that messages often get lost during this time and misinterpretation abounds. In fact, it's a good idea to check all the fine print in legal documents during this time, as well as back up computer files.

Mercury is the Roman equivalent of the Greek god Hermes. Both were considered trickster gods, so couple this mischievous nature with messages and communication and you can guess what may happen! Some examples would be leaving a message on an answering machine, only to have the recipient's child accidentally erase it. Or, addressing a letter to your beloved aunt who lives on the other side of the country…but accidentally writing your own zip code instead of hers!

For those of you who like to talk behind people's backs, a Mercury Retrograde period may find you accidentally emailing the person you're dishing on rather than your best friend who was the intended recipient. Ouch.

Despite the fear that often surrounds Mercury Retrograde periods, it’s possible for us to work with the energy by taking the time to tie up loose ends. Consider Merc Retro as an opportunity for course correction—or for “do overs” for rectifying mistakes, sloppiness, mediocrity, offenses or poor decisions from earlier in the year.

To get the most out of Mercury retrogrades, concentrate on activities beginning with the prefix “re-“. Here are some examples:

If you focus on these types of tasks, slow down, take extra care and release your expectations of perfection or things going “right”, I think you’ll find that you’ll not only survive Mercury Retrograde periods, but also complete or achieve more than you could imagine.