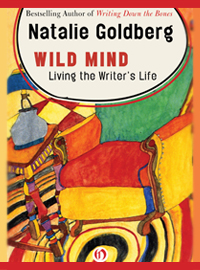 My very first book on writing was Natalie Goldberg's Writing Down the Bones. It gave me the confidence to write wild and free, without self-judgement or self-consciousness.

I'm thrilled to present the Introduction to the eBook version of Natalie's Wild Mind: Living the Writer's Life, newly published by Open Road Media. Stay tuned after this excerpt for short video featuring Natalie describing herself, her surroundings and the writing life. Enjoy!

LIFE IS NOT ORDERLY. No matter how we try to make life so, right in the middle of it we die, lose a leg, fall in love, drop a jar of applesauce. In summer, we work hard to make a tidy garden, bordered by pansies with rows or clumps of columbine, petunias, bleeding hearts. Then we find ourselves longing for the forest, where everything has the appearance of disorder; yet, we feel peaceful there.

What writing practice, like Zen practice, does is bring you back to the natural state of mind, the wilderness of your mind where there are no refined rows of gladiolas. The mind is raw, full of energy, alive and hungry. It does not think in the way we were brought up to think—well-mannered, congenial.

When I finished Writing Down the Bones and people in my workshops read it, I thought I would not have to say anything else. I felt embarrassed to say, “Steve, you ought to be more specific there.” I thought he would retort, “We know. You already told us in chapter eight.” I thought I would be redundant, but reading a book about writing is different from actually getting down and doing writing. I was naïve. I should have remembered that after I read the Tibetan Book of the Dead, I was still afraid to die. 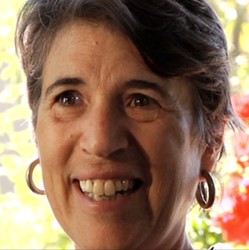 A book about writing isn’t enough. Being a writer is a whole way of life, a way of seeing, thinking, being. It’s the passing on of a lineage. Writers hand on what they know. Most of what I learned about Zen was transmitted to me through being in the presence of Katagiri Roshi, the Zen master with whom I studied.

I will give you an example. I had just moved to Minneapolis and I wanted to study Buddhism. Before I moved there, I lived in Boulder and studied with a Tibetan teacher. There was a lot of pomp and circumstance in this Tibetan tradition. It was a big center; we had to wait several months to have an interview with the teacher and we dressed up to see him.

In Minneapolis, I called the Zen center and asked if I could schedule an interview with the Zen master there. The man on the other end of the phone had a heavy Japanese accent. He told me to come right over. I realized he was the Zen master. I dressed up and ran over. Katagiri Roshi came down the stairs in jeans and a green T-shirt that said Marcy School Is Purr-feet. There was a picture of a cat on the T-shirt. His younger son went to Marcy Elementary School. We talked for ten minutes. It was very ordinary. I left, unimpressed.

About a month later, someone called from the Zen newsletter staff, asking me if I would interview Roshi for the fall issue. I said yes. The morning of the interview, I woke up obsessed with the problem of what color material I should buy for curtains. This was 1978 and I had just gotten married. I drove to the Zen center to interview Roshi with that curtain obsession blazing in my mind. I planned to get the interview over with and then rush to the fabric store. 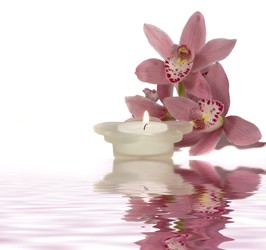 I parked in front of the Zen center and dashed out of the car. I was a few minutes late. I was halfway up the walk when I realized I’d left my notebook on the front car seat. I dashed back to the car, grabbed the notebook and ran to the back entrance of the Zen center. I flung open the door, spun around the corner and came to a dead stop: Roshi was standing in the kitchen by the sink in his black robes, watering a pink orchid. That orchid had been given to him three weeks before. Someone had brought it from Hawaii for a Buddhist wedding I had attended. It was still fully alive.

“Roshi,” I said in astonishment and pointed at the orchid.

“Yes.” He turned and smiled. I felt the presence of every cell in his body. “When you take care of something, it lives a long time.”

That was the beginning of my true relationship with him. I learned a lot from Katagiri Roshi. I learned about my own ignorance, arrogance, stubborness, also about kindness and compassion. I didn’t learn these through criticism or praise. He used neither. He was present with his life and he waited patiently for an eternity for me to become present with my life and to wake up.

Writers are not available for teaching in the way a Zen master is available. We can take a class from a writer but it is not enough. In class, we don’t see how a writer organizes her day or dreams up writing ideas. We sit in class and learn what narrative is but we can’t figure out how to do it. A does not lead to B. We can’t make that kamikaze leap. So writing is always over there in the novels on the shelves or discussed on class blackboards and we are over here in our seats. I know many people who are aching to be writers and have no idea how to begin. There is a great gap like an open wound. 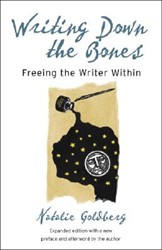 A successful lawyer in Santa Fe decided he wanted to be a writer. He quit his job and the next Monday he began a novel, cold turkey, page one. He’d never written a word before that except for law briefs. He thought he could apply his lawyer’s mind to his creative writing. He couldn’t. Two years later, he was still struggling. I told him, “Bruce, you have to see the world differently, move through it differently. You’ve entered a different path. You can’t just leap into the lake of writing in a three-piece suit. You need a different outfit to swim in.”

Human isolation is terrible. We want to connect and figure out what it means to write. “How do you live? What do you think?” we ask the author. We all look for hints, stories, examples.

It is my hope that in sharing what I do, I have helped my readers along the writing path.

You can visit Natalie Goldberg's page on Open Road Media at this link, where you can also find other wonderful titles from the publisher penned by this beloved author.