As some of my readers know, especially my fellow Tarot travelers, I lashed out at the Tarot community a few months back in the form of a short story. It was meant to not only flex my fictional muscles, but productively channel my frustration and disdain for some tactics in the online Tarot community. Because my short story had to be bought, from my Amazon page, I didn’t feel it was any sort of “attack”…as perhaps a blog post or social media message would be.

Despite my apology, coming mere days later, people like Donnaleigh De LaRose mocked my since efforts, calling it a "fauxpology".

My disillusionment went so deep, I almost walked away from writing Tarot books, Tarot blogging and even Tarot reading. 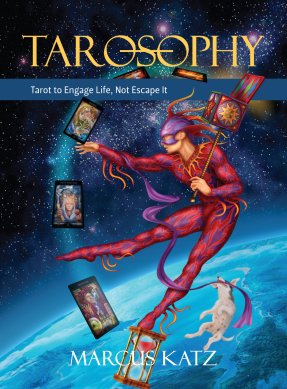 I’ve (attempted) to make amends with those caught in the crossfire, especially those that assumed (erroneously) that I intended to paint the online Tarot community with broad strokes. However, when you have experienced the organized, concerted effort of Tarot Professionals, Marcus Katz and his minions…well, it can be easy to think “everyone is against you”.

Anytime I’ve made a misstep the last two years, real or perceived, Katz was right there to email, call and threaten a boycott to U.S. Games Systems, Inc. (when I launched their social media presence) or Schiffer Publishing (less than 12 HOURS after my short story went live…the day before Thanksgiving!).

All because of me…one person.

He threatened lawsuits when I was a part of the Tarot Guild, too, over “World Tarot Day”. It’s my understanding he did the same with TABI. The day Tarot Town opened, I joined...and was summarily kicked out the next day (without even making a post).

The private and public persecution I’ve experienced at his hands, especially the last year, would amaze you. And the ones that Katz confers “special awards” upon? Bolstered by his turgid, “Western Magic” Emperor appointments, his minions become emboldened to start “Boycott Janet Boyer” blog posts—hoping like Chester fawning over Spike that he’ll earn approval from The Boss (see posts by Den Elder, Angelo Nasios, James Battersby and Ginny Hunt...even the current president of the ATA, Matt). Others, who blogged in "protest" of me without personal knowledge of what went down--or even knowing me personally--saw the light and publicly apologized, like Lisa Frideborg here. 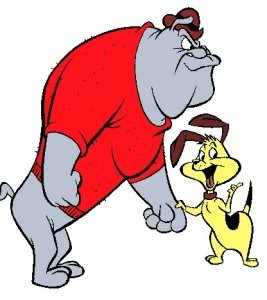 Any time I tried to say anything about Katz or his ilk, I got shouted down as a “bully”. A few loudmouths parroted this perjorative so often, it stuck for many. But was it true? Of course not. I never tried to control anyone. Never hounded or harassed anyone. Pretty much kept on my own turf (my site, blogs and social media presences).

And because I’m re-entering the online Tarot community which I missed so much (and which many are realizing that not only didn’t I mean harm, but that there were some serious kernels of truth at the core of my actions), I’m almost loathe to “start shit” again (as some will probably see this).

But honestly, it’s not my intent.

You see, I just bought the book Tarosophy by Marcus Katz (second-hand, thankfully), and began reading it. I wasn’t surprised to see people gushing over it, especially since most online reviews were from those under the Emperor’s aegis. However, curiosity got the best of me…and I bought the book. (Fortunately, though, I’m not drinking the Kool-Aid).  I began to read, and on the very first page of the actual text…page 4…I was floored to read this:

"We we will not repeat the endless series of works providing permutations of meanings, catalogues of keywords or ill-considered exercises in which you learn psychotic behaviors such as 'What film stars can you see in your tarot cards'? or limiting beliefs such as 'Which tarot card are you...?' As one of my esoteric teachers once said, these behaviours and beliefs are just different flavours of the same ice cream, keeping you busy until you become worm food." 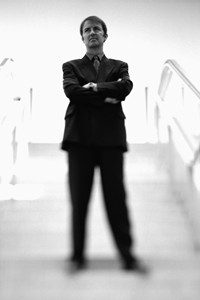 Anyone who has interacted with Katz (surely) knows of his sneering arrogance…but to think he actually stated his sense of esoteric snobbery blows me away. But even more perplexing, and troubling, is his assertions that he, and his organization/empire Tarosophy, are “finally restoring the spiritual dignity of Tarot”.

What in the hell does that mean?

Seriously. I’ve been chewing on his statements—indeed, the very foundation of his creed—wondering…why? Why does Tarot need “rescued” from anything? What does it need to be “restored” from? Why is he the one to do it? Why does he assume that others cannot, have not or will not?

Must we wear special underwear, making magical symbols in the sand, call on 12 ½ angels to dance on the head of a pin and do the hokey pokey between the pillars of the Tree of Life in order to be “dignified”?

If “spiritual dignity of Tarot” means that I must adopt a faux aristocratic British sneer, hide behind a PC (and others) to do my dirty work in secret, achieve a status of 93 degree Bombast, attempt to trademark Tarot “days” or “weeks” or exclude/persecute others because I feel threatened…well, then, count me out.

One of the reasons the Catholic church got so pissed when the mass and texts were delivered in English was because the “everyday” people could then read, contemplate and understand scripture for themselves. To try to throw Tarot back into the dusty halls of esoterica and “big words” bullshit isn’t restoring any “spiritual dignity” at all…but, instead, attempting to keep the cards out of the hands of the people lest they think, act and grow all on their own (and without paying one penny).

Edit: TWO years after this post, and Katz is still fixated on me. See my post Unsavory Tarot Professional Unmasked for more information here. (You'll be shocked).

Love it.
It always comes down to money.

Doesn't it seem that way? :oP

Tarot doesn't need to be "rescued" or "restored". It simply needs to evolve. Thankfully, there are plenty of trailblazers out there, who don't believe the hype ;)
Great post, Janet xox

Agreed, Christiane! Thanks so much for stopping by and taking the time to comment. XO