People will write off even the clearest, most loving person in the world when he opposes their belief system. They will invalidate him, negate him, obliterate him, prove that he's wrong, he's a fraud, he's dangerous to society, so that they can protect what they really believe is important. They'd rather be right than free. -- Byron Katie 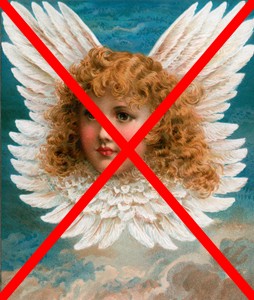 I thought he was evolved.

I thought she was spiritual.

I thought you had a relationship with God.

Ever hear any of these statements in relation to an author, a teacher or a minister? Or perhaps, even had these kind of statements leveled right in your direction?

I’m always a bit amused when I hear a person say these kind of things about someone.

Even more amused when it’s said to me.

What does it mean to be “spiritual”? And, what is the benefit of defining such a thing? Isn’t that what religion has done for years?

What happens when you go outside the boundaries of dogma? Excommunication and exclusion at best—persecution, discrimination, stake burned or attacked in crusades, at worst.

I once posted about eating bacon on my Facebook page. An occult author (who rarely interacted with me), replied “As a spiritual person, I can’t believe you eat meat and participate in the torture of pigs who…” Her post went on for several lines.

I thought she was joking at first. But then I realized, “OMG. She really believes this. She MEANS this!”

Suddenly, in her eyes, I was “unspiritual” for eating meat.

Sorry, I didn’t get that memo from the Divine. 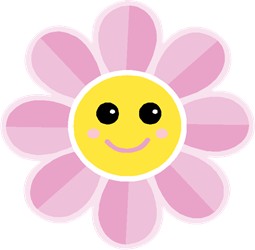 Then there’s my favorite: spiritual people act nice and sugary to others. (Unless, of course, they get offended, irked or pissed. Then, the gloves come off, and what’s inside comes out. Except, these ones call their reactions “righteous anger” or “holy indignation”…which is, apparently, perfectly acceptable.)

Apparently, I didn’t get that memo, either.

Nor did Jesus (read his words to the Pharisees, the “religious” people of the day), Gurdjieff and other Rude Awakeners.

Enlightenment and spiritual awakening rarely occur in the House of Nice or the House of Appropriate. (Uncle Al, anyone? How about Timothy Leary?)

Why? Because human tendency slouches towards inertia. People enjoy complacency. Millions numb themselves with TV shows, online games, socializing, alcohol, drugs, food and relationships. We don’t want to feel any discomfort, especially in the west—physically, emotionally or spiritually.

The beauty of the Trickster archetype, the Cosmic Rude Awakener, lies in its ability to pierce the veil, to lift the fog, to sound a clarion call. This energy manifests in myth as trickster gods like Hermes, Blue Jay, Coyote, Loki, Raven and so on, as well as in literature and film (Brer Rabbit, The Joker, The Riddler, Star Trek’s Q, come to mind).

The gift of the Trickster? Cracking our clueless veneer, our blind obeisance, our unquestioned beliefs, our fickle loyalties and our capricious “likes” or “loves”—and making us see, know and experience directly…for perhaps the very first time in our lives. 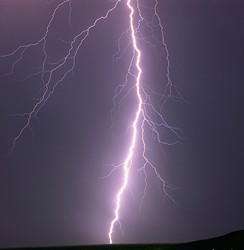 How can such beings be “unspiritual”, especially if they are the very catalyst to shake us, stir us and enliven us—to crack the shell of delusion and slumber, allowing the juicy center of our Being to manifest? To help us discover self-defined reality, truth and meaning?

Unmoving bodies of water get stagnant. There is no life in them (think Dead Sea). But moving, churning water—with an inlet and outlet, multiple channels running through the terrain? Teeming with life.

It’s been said “better the devil that you know than the devil you don’t”.

So what are your thoughts, readers? What is “spiritual”? Why? Really think about this and test it against universal wisdom teachings, life experience and your personal truth. I’d love to hear your thoughts!

Also, have you ever been deemed "unspiritual" or even "evil"? Care to share your story here?

Before I go, here are but a few things that people have declared “unspiritual”, “ungodly” or “demonic” over the years. Gives this post some perspective, doesn’t it?

I'll leave you with a little example of Jesus the badass:

Woe to you, blind guides, who say, “Whoever swears by the temple, it is nothing; but whoever swears by the gold of the temple, he is obliged to perform it.”. . . Woe to you, scribes and Pharisees, hypocrites! For you pay tithe of mint and anise and cummin, and have neglected the weightier matters of the law: justice and mercy and faith. These you ought to have done, without leaving the others undone.   Blind guides, who strain out a gnat and swallow a camel!  Woe to you, scribes and Pharisees, hypocrites! For you cleanse the outside of the cup and dish, but inside they are full of extortion and self-indulgence. . . .  Woe to you, scribes and Pharisees, hypocrites! For you are like whitewashed tombs which indeed appear beautiful outwardly, but inside are full of dead men's bones and all uncleanness.  Even so you also outwardly appear righteous to men, but inside you are full of hypocrisy and lawlessness. . . .  Serpents, brood of vipers! How can you escape the condemnation of hell? (Matthew 23:13-33)

It's sad isn't? When I came out as a lesbian, I feared I might lose friends, but in reality I lost only two -- and they were supposedly the most "spiritual" among them-- a church-going, volunteering, supposedly christian couple I'd know for years and years.

As for being called names -I've heard them all. My partner has even been attacked because of her orientation.

To me the spiritual lies in realising that every single thing on this Earth is interrelated and absolutely totally connected both physically and vibrationally. What you do to another, you also do to yourself; whether you believe it is karma or some transgression of divine law.

Not enough people know that the original words Jesus uttered were not, "Love your neighbour AS yourself," which is a mistranslation. His words actually were, "Love your neighbour because he IS yourself." Jesus knew how interconnected were all are (and I include the entire cosmos in that relationship) and what havoc gets created when we forget it.

It is a religiously fundamental idea to judge who is (not) spiritual. Some people prefer a stereo type. And they always use that scale. The ultimate subject in this blog is ONLY THESE MUCH. What is wrong with a vegetarian life? What is wrong with meat if nothing vegetarian available? When ever man thinks that he is a super soul other creatures start crying. If you are spiritual how will you react? Did you win your tongue?

Sammy, it is very good to see you. :o) It is sad, indeed...and I'm particularly saddened when I see aspersions cast towards gays. Picketing the funerals of gas, especially, makes my blood boil.

In the church we grew up in, we were taught homosexuality was a sin, but once I left fundamentalist Pentecostal Christianity, I realized how utterly insane this was.

I never hated gays (didn't have any experience with them!), but when I left my former religion, I was more than open to loving and accepting them...and now, defending their (your!) rights.

Your words are beautiful and resonate with me. Thank you for taking the time to read my post and share your experience with us.

Wise words, Vijay. Thank you so much for taking the time to share your thoughts here. :o)