Dan Donche, Darkana Tarot and Public Support from the Head of the ATA

I find it intriguing, and telling, that some of the Tarot community boycotted, shunned, harrassed and/or defamed me over my fictional short story last year (which I apologized for)...but the same people publicly praise and support Dan Donche and his Darkana Tarot. 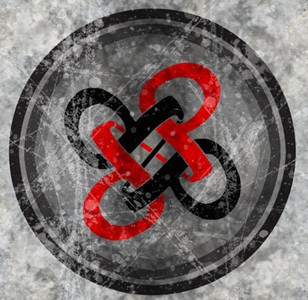 You may not recognized the name Dan Donche (that's Donche, not douche), but many in the Tarot community know him as the guy behind Innapropriate Tarot Readings. He's the person that posted this public attack on me on his ITR Facebook page (that many well-known Tarot people applauded, "liked" and spread all over their FB pages...including organizers of Tarot symposiums and fellow Tarot authors/deck creators. You can see them all on that thread in the comments section, by the way).  This classy guy has the following as his Twitter bio: Writer, amateur homeless guy, ass clown, vagina enthusiast. I would never lick a hooker in the anus. Well, maybe.

Now, Donche is drumming up support for his self-published Darkana Tarot. In fact, the Tarot community has rallied around him via Kickstarter. As of this posting, 111 people have pledged $3,451 towards his $2,000 goal.

Many laud him as a snarky genius. In fact, Alison Cross, former head of TABI (Tarot Association of the British Isles), fawns all over Donche in this post on her new court card-related blog. And guess who else is prostrating herself over him? None other than Stephanie "Arwen" Lynch, the head of the ATA (American Tarot Association).

Interestingly, Lynch didn't allow me into her Tarot Blog Hop Facebook Group (apparently because of that short story I wrote--never mind the years I've dedicated to furthering Tarot via blogs, reviews, podcasts, books and social media). In fact, she (pubicly) tried to steer people away from a new Facebook group I created expressly for Tarot and Oracle Creators/Authors called Divinators.

The hypocrisy of the "Tarot community" astounds me. The uproar about little ol' me amounted to people getting pissed off about a fictional short story they had to actually buy and my reputation of writing honest (and sometimes, unflattering--but fair) reviews of Tarot decks and books).

Am I the only one flabbergasted that the "Tarot community" will support people (vulgar personality aside) that publicly harrass and slander other Tarotists (besides Donche) ...but boycott me?