Home About Chez Boyer Etsy Shop Newsletter Coffee Tarot Snowland Deck
The Spirit of Snowflakes
You Are What You Tweet?

Are You a Member of a Marketing Ploy? 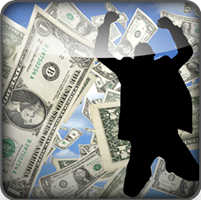 Did you know that many Facebook groups and most NING Groups were created solely to sell you something?

It's a popular marketing ploy.

Create a group, pretend you're interested in community and then sell your wares to a grateful, captive audience.

How do you know if you are part of a marketing ploy as opposed to a true community?

1. The group creator is always trying to sell you a membership subscription, his new book, her new deck, his new workshop, her new Tarot reading special, his new conference or an upcoming work (that will cost money). Sure, cross promotion may be sprinkled in (because you gotta pretend that you're interested in community rather than the one-person show you've intended), but underneath it all is the scaffolding for making money now...or in the future.

2.  The group creator/s bar entrance from certain people who are likely to call the Emperor on his "new clothes".