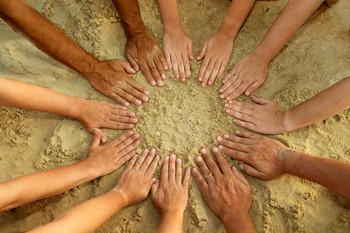 We were in Wal Mart.

Noah was about 7 years old at the time. He pointed at a cute little girl with rainbow beads all through her hair.

We don't have many people of color around us, you see.

A few years later, Noah said, "I think I might marry a Chinese girl someday".

I replied, "That would be wonderful! As long as she treats you well and you love her, we'll love her, too."

I'm glad my son hasn't been exposed to the racism I grew up with, and that he is oblivious to "differences".