When Death Happens, Do We Quit?

I buried my Dad two days ago. 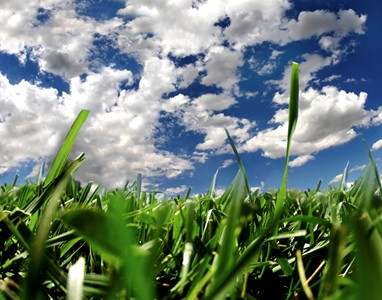 But as I was chatting to a few people on Twitter and Facebook, I realized that I’ve received compassionate, wise advice repeated often:

Be gentle with yourself.

Of course, this is especially wonderful advice to someone who normally runs on two speeds: Inertia…and “too much is never enough”. I tend to be “all or nothing” in my approach.

As a quadruple Scorpio who has witnessed the death of three people, I’m no stranger to the deeper mysteries and scary things of life.

My first reaction leans towards extreme Hermit mode, wanting to cut off ties from “extraneous” people and “frivolous” pursuits. Then, Destroyer mode kicks in, and I want to scrap everything I’m working on and blow up every blog I run.

But the flip side of the Destroyer is the Creator…arguably the strongest archetype at play in my psyche.

Then, the Sun dawns and I remember to NOT to create means to stagnate. Stagnation equals “not growing”.

When you’re not growing, you die. That is, die before you’re dead.

My Dad wouldn’t be honored if I stagnate; it would be a form of soul-death.

Yes, it’s conceivable that I, or anyone else, could “bury” themselves in work or other pursuits to “avoid feeling”.

I’m grateful for well-meaning friends and colleagues reminding me to be easy on myself.

Yet, I’m discovering that “easy on myself” doesn’t mean quitting writing.

Rather, it means to pay attention to what my soul wants (needs?) to communicate via words—even if only to myself in a private journal. To refuse to play the popularity game that so many writers get caught up in, especially with the admonition to “build your platform!” or “never go dark!” in social media efforts.

I remember the poets, essayists, and storytellers of old who communicated their soul without the help of Twitter, Facebook, LinkedIn, Google+ or Klout.

My Dad’s death reminded me of this important distinction: If I’m not writing or communicating from a deeply authentic place, then I’m just doing it because I can. And, even if I write well—and others agree—that doesn’t mean it’s fulfilling or meaningful.

I think we extroverts may get caught up in the “how am I driving?” social media and traffic metrics more than introverts, because we usually look outward for feedback—a sounding board to echo back our effectiveness and to help us refine what we feel, think and value.

None of us know if we’ll be here 24 hours from now. Life is too short to do what deadens you.

Do what you love.

Very insightful. When my mother passed I had to be the strong one. I had to take care of the funeral with my Baby Brother in the militaty. Then I had to sort and dispose of her possessions.

It has been four years this May, I am only now dealing with the emotion I buried to be able to function. Don't shut down. You need to continue for yourself, even if it is never read by by the current public.

Thanks, RaAnn. I've experienced an incredible amount of focus and inspiration lately. I think the window for quitting/shutting down closed at the end of last year (as if!) ;o) Onward and upward!