I'm Not Welcome at the Readers Studio 2012 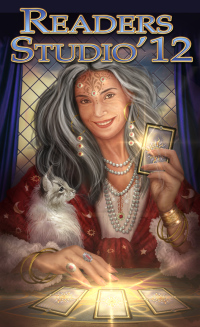 I was at Priceline earlier. Had my flights picked out...even my seats for both inbound and outbound.

You see, I was planning on spending around $800 to go to the Readers Studio 2012, a yearly professional event organized by Wald and Ruth Ann Amberstone of the Tarot School in NYC.

I noticed that Ruth Ann had unfriended me at Facebook last year, and I assumed it was because of my fictional short story (that had many people in a rabid frenzy that extended to hate mail, slanderous blog posts, calls for boycotting my work and emails to my publisher...).

But I hadn't talked to her for some time...maybe last Spring?

I had assumed that most of the Tarot community was over their pettiness, especially since I had apologized and figured that time would show them how overboard their reactions were.

I thought I'd send a courtesy email to Ruth Ann, asking if I'd be welcome to come (not expecting her to say NO), and to clarify that there was still time to get the special Readers Studio 2012 rate for the hotel.

Imagine my surprise that I received this email 15 minutes ago: 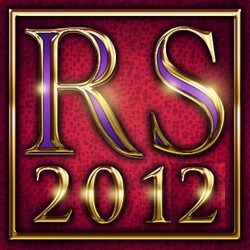 Hi Janet,There were a lot of ruffled feathers, including mine, so not at this time. Chris will have copies of you [sic] book for sale at his table. Good luck with it! Bright blessings, Ruth Ann

Yes, in addition to Solandia removing ANY post on Aeclectic Tarot Forums about my upcoming Tarot in Reverse (or any of my other Tarot work, for that matter)--I am also NOT welcome to go to the Readers Studio 2012 that is, supposedly, opened to all Tarot enthusiasts. And, of course, Marcus Katz kicked me out of his Tarot Town on the first day it opened...before I had even made a post!

And gotta love that most of my haters use "bright blessings" as their sign-off!

Shame on me for even considering visiting "the tribe".

I wonder if it was the part about the creator/organizer of an annual Tarot conference being a serial cheater on his wife...?

Too bad that people choose to brush someone off with "blessings." Why won't they allow a chance for their feathers to to smoothed? Hardly what I'd expect from a community that is, itself, on the outside of the "norm."

I say, save your breath, and your money, and spend it on something more worthwhile!

Thanks, Mary! Would you believe that short story was published last NOVEMBER? Certainly enough time for feathers to be smoothed... You're right...better ways to spend that money. :oD Thanks so much for stopping by!

Merry Meet, Janet.
I have to say that this is really becomming annoying. There are a few people whom I occassionally watch that I am very disappointed in. For some reason I thought that the Tarot Community was filled with enlightened, knowledgeable Adults. The way that they are acting, is exactly why I do not participate in the Tarot Community as a whole. I was never very good at following the crowd. I have never been one to coddle or brown nose those whom I wanted to learn from or be around. It sounds more and more like we are expected to tow a line designed by "them" or be black balled just for our aassociations. Then they wonder why people no longer want to accociate with their groups.

Another annoying thing is the "Bright Blessings". This is like saying "God Bless" which you do not do to someone you are telling to f*#$ off!

So things are really messed up. My suggestion to Anyone who reads this...follow your own feelings, trust only with your heart and not in people, learn from whom you can but make up your own mind what to do. Don't follow the crowd just because you are supposedly supposed to. Find your own source of stregnth and power. Then trust who YOU decide to. And above all...act as a responsible Adult.

Janet, you have proven yourself a good person. You follow your own path. You have much to teach. You have a unique sense of humor that many don't understand. It really is too bad that "They" can't get over their problems and act like professional Adults.

You should'nt have asked if you were welcome. You should have just showed up and been fabulous.
I hope they all realise their petty behaviour is the reson many have decided to not bother getting "into" the whole Tarot thing. They are only cutting their own throats.

Hi RaAnn! Thanks so much for your kind words. It is pathetic, isn't it? Bless your heart. XO

Michelle, one of the reasons I asked is because quite a few of my vocal haters were active members of the Readers Studio NING group (that I unsubbed from last summer because the incestuous back slapping was making me nauseated), as well as past RS conferences. It was my way of indirectly asking "Will I be harassed at this event?" If I would have showed up, I would have been out hundreds of dollars AND (apparently) been shunned at best and publicly attacked at worst. Not my idea of a good time!

No more will I give "Tarot groups"--professional OR social--the benefit of the doubt. It's obvious to me that these Tarot cells harbor broken, desperate, lonely, bitter, envious and spiritually bankrupt people.

And you're right: their actions are keeping more seekers away from the powerful tool of Tarot than they realize.

I know Jesus said to bless those that curse you and to pray for those that mistreat you, but got dang if those Tarot groups don't make it hard. They can all take their Bright Blessings and shove them up their a-holes. Maybe then they'll receive some "enlightenment". ;-) (Jesus said He agrees with me. :-D)

Janet - I will start with that I am utterly stunned. Wow! Second, while I am not familiar with the story, it seems like if it was fictional (even if intended as satire), it would be more than OK since everyone is supposed to be entitled to free speech. Their refusal of you attending their event tells me that a deeper picture: they are feeling guilty, whether the story had true elements or not. While I will reserve opinions about those involved (until I know better, since I am not close with them in any way), I wish to tell you now that I have had NOTHING but pleasure, uplifting and happiness in working with you. You have demonstrated a refreshing, spunky personality, interlaced with the utmost of professionalism. No matter what happens with this, you will have my full support! :-) This too shall pass Janet!

Bless your heart, Aartiana! In all honesty, I don't think it was about the story at all...but about pent-up feelings and hostilities that individuals already had towards me. The "story" was just an excuse to jump on to a witch-hunting bandwagon in order to "safely" slander and harass me (because others were doing it swiftly and vocally).

In fact, in the Amazon reviews of my story, individuals conveniently substituted ME for the protagonist! I mean, can you image people doing this to another horror or dark humor writer? Saying to the writer of the Dexter books "Hey, he's obviously a serial killer!" or to Stephen King "The guys is a monster!"

The idiots didn't even get the simple formula that if *I* wanted to cast MYSELF as the protagonist, then I wouldn't have painted her as an unsympathetic serial killer. Duh! LOL Instead, I would have painted the radio host in a poor light and the protagonist (if it were truly me) as someone admirable.

But I wouldn't have "won" that way, either.

Bottom line: it was a safe, creative way for me to vent AND point out the foibles of online Tarot gangs. Apparently, I hit more than one nerve for the apparent resemblance...which says more about them than me, especially since months have passed and time has shown their actions to be EXACTLY what they accuse me of: bullying, harassing, demeaning and slandering.