Janet Shows Jim Harold of Paranormal Podcast How to Read Tarot (On Air!) 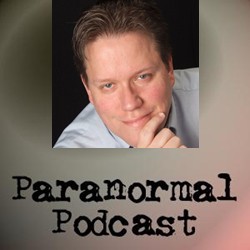 I had a great time during my second visit to the Paranormal Podcast with Jim Harold!

Jim had never owned nor held a Tarot deck before. So, to show him how easy it was for anyone to read Tarot--right out of the box--I asked him to buy a deck! (In case you're curious, it's the Universal Waite Tarot).

I showed Jim how to brainstorm gift ideas, and he picked Mother's Day as the occassion.

Neither one of us expected what happened next... *insert goosebumps here*

In fact, there's also a special announcement made at the end of the show...so make sure you stay tuned until the very end!

Click here to listen to the interview, just posted live!