Win a Signed Copy of Tarot in Reverse! 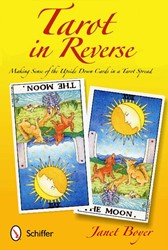 Who wants to win a signed copy of Tarot in Reverse...before it ever hits online retailers or bookstores?

I received some author copies on Saturday, so I'm giving away not one, but two signed copies of Tarot in Reverse! You'll have multiple chances to win the random drawing, too.

Just go to the special giveaway thread on the Tarot in Reverse Facebook page (click here) to see how you can rack up lots of entries.

Better hurry, though: contest ends Wednesday, May 16th, 2012 at 10 PM EST! And the extra-special good news? You're eligible no matter where in the world you live.

can't wait to get a copy of this book, I'd really love to recieve a signed copy and be a winner...My fingers are crossed