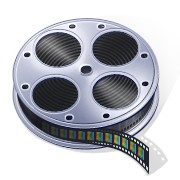 The Major Arcana of the Tarot, Trumps 1-21, are a lot like a movie script or novel plot.

The Majors are akin to “the point” of the story; that is, some type of life lesson that the character/s must confront or overcome in order to grow, change or evolve (or not). This confrontation may emerge as man vs. man, man vs. nature, man vs. society or man vs. himself. Regardless, the central theme or “fight” that the character/s must deal with within the story connects to a life lesson and/or obstacle.

If we were to examine the movie Toy Story, we see the general theme of “What It Means to Belong”.

Buzz thinks he’s a star ranger, protecting the universe from an evil Emperor Zurg. Much to his dismay, he realizes he is one of many Buzz Lightyears—a mere toy who happens to be the hottest flavor of the month. He’s struggling with the “what” of personal identity and meaning.

Same with Woody the cowboy. Once a beloved and favorite toy of Andy’s, old school Woody has been kicked to the wayside in favor of newer, shinier playthings (like Buzz). Where is Woody’s place now? You can think of the Majors, like a central plot, as asking and answering the big WHAT of life. 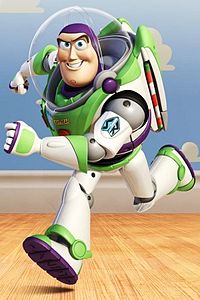 The 52 Minor Arcana of the Tarot, Aces-Ten of the four minor suits (Wands, Cups, Swords and Coins) are like the scenes where “the point”—or the overreaching life lesson or theme plays out.

Keeping with Toy Story, the toys of Andy’s room must navigate the shift of who’s “the favorite”—and who may well end up in a yard sale or forgotten in the attic.

The Minors, then, would be like Andy’s room, Pizza Planet, the living room where recon takes place and so. These backdrops are where the major questions of loyalty, belonging and meaning play out. The Minors, then, ask and answer the questions of WHERE. That is, where in your life the “big questions” are being played out.

Lastly, we have the 16 Court Cards of the Tarot (often called Page, Knight, Queen and Kings). These “face cards” are the characters themselves (their personality or even how they appear)…or how a character approaches (or wrestles with) the “big questions” of the story.

Buzz is a lot like the Knight of Swords. He’s on a mission to destroy Zurg, and information or arguments to the contrary only make him mad. When he realizes he’s “just” a toy, that sharp sword is turned on himself in the form of self-doubt.

Woody is a lot like the Knight of Coins. He’s “analog”—a toy from the era of pull strings and scratchy recorded voices. He wants to keep things as they are…and even uses the green army men—as retro and non-mechanical as you can get—to spy during the Christmas gift unwrapping.

The Court Cards, like characters, answer the questions of WHO and HOW.

A Tarot reading? Well, they tend to ask, and try to answer, the WHY of it all. 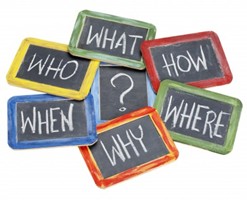 Majors (Fool to The World) = Script; Story; Plot; “The Point”. Answers WHAT

Court Cards (Pages-Kings) = Character; Personality; Approach. Answers WHO and HOW

Tarot Readings: Where we try to figure the WHY of it all.

So what do you think, dear reader? Do you agree with this assessment? If not, how would you "cast" the cards of Tarot?

For fun, think of your favorite movie, book or story...and figure out the What, Where, Who and How using Tarot cards. Would love to hear what you come up with!