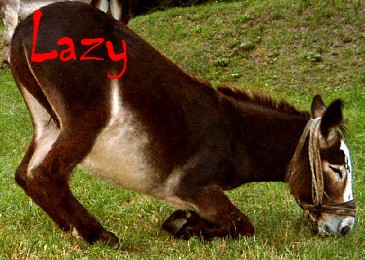 Don't talk out your ass.

Considering my creative output, you may find that hard to believe.

Let me explain: when I was in Barnes and Noble a few weeks ago, I almost bought a book titled Now Write! Mysteries by Sherry Ellis. Packed with writing exercises, this book looked fantastic for anyone wanting to up their fiction writing game.

I carried the book with me. Placed it on the table in the cafe where my son was reading. Kept coming back to it, debating.

Finally, I decided not to get the book.

It was then that I had an epiphany about my first book, Back in Time Tarot (and a recent "review" of it on Amazon.com).

I'll get to that in a minute.

It could be argued that I'm just too busy with my non-fiction writing--eBooks, blogging, a deck companion book--to tackle the rigors of fiction writing exercises. After all, even though I have two novels mapped out (one that a publisher offered me a contract for)--and several short story ideas--full-out fiction writing is just not on my agenda for the next few months.

Being a first-born perfectionistic over-achiever, I call it being a lazy ass. (Ha!)

So, back to the "review" on Amazon.

I stumbled across Janet Boyer's Back in Time method during a web search. It sounded like the Theological Reflection process used in Sewanee's Education for Ministry program. What I read on her web site confirmed the similarity, so I ordered the book.

The book does not really expand on the method of using the Back in Time method. In fact, all you really need to know about using it is on Ms. Boyer's web site. The bulk of the book is collection of examples of the method done by a wide variety of well-known Tarot practitioners. If you enjoy that kind of reading, go ahead and order the book. If you just want to use the method, go to the web site.

As you probably know, I'm a big fan of honest reviews placed on Amazon.com. So much a fan, that I'm a Hall of Fame/Vine Reviewer there. I'm not sure why, in over 11 years of reviewing at Amazon, Jeffri chose to review my Back in Time Tarot as his 6th one. I applaud Jeffri for being brave enough to write a review under his own name (note the Real Name badge). That's awesome! 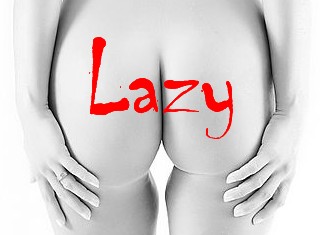 And, I think that's why some people don't "get" (or get) my BIT Tarot Method. In fact, about a year or so ago, I noticed at Goodreads that Back in Time Tarot received 2 stars from Diane Wilkes on May 25, 2011 (she's the former webmistress of Tarot Passages). No actual review, just a click for 2 stars.

Knowing her review reputation, I was curious why she didn't like my book. I sent her a polite message via Goodreads, asking why the 2 stars. (Hey, I'm a writer that values constructive criticism about the writing craft...I really wanted to know! And I can take it.).

She was nice, but acted befuddled. She said she didn't remember why she gave my book 2 stars just a few months prior. I replied back, nicely, "Did you read the entire book? Or try a few of the 100+ BIT Snapshot exercises?"

Another bewildered reply came in, one that didn't give me a straight answer. I asked her if she'd give my book another go, perhaps trying a few of the exercises. She sorta agreed to...and that was that. A few months later, I noticed that she inexplicably blocked me on Facebook.

Was she a lazy ass? Dunno. You'll have to ask her.

You see, my BIT Tarot Method actually requires people to work for their card associations. I don't coddle readers, nor do I force-feed them rote meanings that have been passed down and around ad infinitum.

For individuals to benefit from the BIT Tarot Method--especially in terms of the point of the book, which is to create a solid cache of associations you won't easily forget because they're hard won via your own memories--they must be done. You know, practice. You can't just "look" at one or two or ten of the exercises and say "There's no value in this. It doesn't work."

No, you must sit down, come up with a memory, story, world event, and then break it down, pairing Tarot cards with each component. It's not for the faint of heart nor lazy of ass, to be sure. 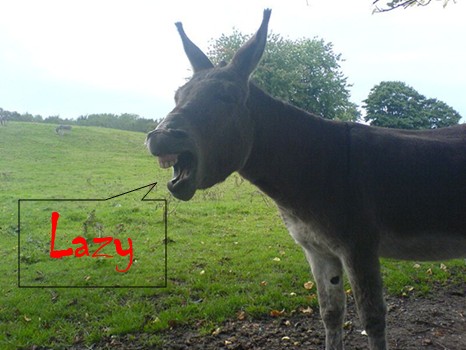 If Jeffri had actually used Amazon's Look Inside feature, he would have known exactly what he was getting. (Note: I just realized that his review is on the Kindle version of Back in Time Tarot. Well, he could have had a sample sent to his Kindle...or went on an actual computer to see what he was getting. Still, Kindling isn't the best way to "do" my book since you need to actually write down things to perform the BIT Tarot Method).

But, even if he did go to my website--which he said he did (and complained that the information there is an actual substitute for my book)--he would have had everything spelled out for him on what he was in for.

I sympathize with the tired and overstimulated masses, I do. Hell, I don't even have a TV squawking at me 24/7 like most people and sometimes I feel overwhelmed!

But let's get something straight: if you want to be a good Tarot reader--or one that uses the cards for any type of spiritual therapy or psychological counseling as Jeffri seems to want to do--you have to know (gnostikos) the cards...and you do that by practicing them (praktikos).

That is, not by pondering the esoteric meanings you found in a dusty book, nor the list of keywords the newest Tarot kid on the block is barfing up on her blog.

You learn the cards (well) by living them.

You can't be an adept and a lazy ass. Choose one...or the other.

-- Janet, Amazon.com Hall of Fame/Vine Reviewer. Author of Back in Time Tarot, Tarot in Reverse and the Snowland Deck

OMG Janet, still ROFLMAO haha! :-) Funny enough, I actually encountered your book recently too, and I disagree with that review. I felt the examples were pretty thorough, and honestly understand that the examples ARE the main learning, along with (as mentioned) doing your own work. Just knowing the method on a mental level wasn't enough. While my review mentions that astrology was my learning curve, I actually associated many past events and experiences when I did that - so it isn't that far off ;-) I think your book offers a great way to learn the cards, for real! :-)

Thanks, Lisa...you got it spot on! This proves you're not a lazy ass reader. HAHAHAHA! ;o)