Authors Telling Off Publishers - J.A. Konrath and Fear: A Novel of Terror 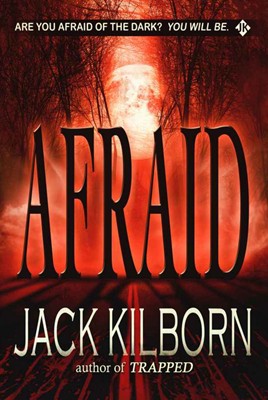 Just read this fabulous post by J.A. Konrath on regaining his rights to Afrad: A Novel of Terror--and how self-publishing has made him a lot more money than traditional publishing.

I'll always be grateful to everything my legacy publishers have done for my books, and my career. That's why I'll drink a sincere toast to them when they all go out of business. Which, if they aren't smart, will happen a lot sooner than they expect.

The windmill needs the wind to turn. The wind doesn't need the windmill to blow.

After years of the Fear: A Novel of Terror being held hostage by Grand Central, Konrath (writing as Jack Kilborn) really wanted the freedom to give it away, so he opted into Amazon Select for 3 months. It's free on Kindle from October 11-15. Enjoy!

I love Joe Konrath - he just tells it like it is!

Me too! He rocks. I heard he's a super nice guy, too. A former bookstore manager told me that Joe got drunk on his couch one time (I think this was after a Horror Writer's Convention?). Too funny! But, seriously, Joe is VERY inspiring. After reading this, I'm having a good, long hard think on if I want to pursue traditional publication for my paranormal suspense novel (when I get it finished!)