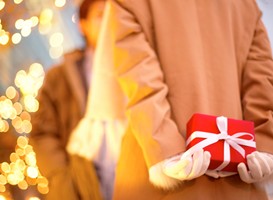 A few years ago, I did a radio show where I performed live readings for callers. They weren’t asking me about their love lives or job or family. No, this was a Black Friday show where I was reading….Christmas gift ideas.

Yep, you read right. Tarot can be used for anything. It’s especially good for brainstorming, I’ve found.

Stumped on what to get that hard-to-buy-for friend, teacher, minister, nephew, sister, brother-in-law, aunt or babysitter? Here’s some ideas using the first 22 cards of the Tarot, the Major Arcana (Note: you can choose gifts according to the keywords I've provided or that you've come to associate with each card--but you can also select presents quite literally, taking a cue from the actual imagery or title):

The High Priestess – Something involving hidden wisdom, secret societies, conspiracy theories, the occult, mysterious women or the Divine Feminine. The Alphabet Versus the Goddess: The Conflict Between Word and Image by Leonard Shlain; When God Was a Woman by Merlin Stone; The Secret Teachings of All Ages by Manly P. Hall; Madame Blavatsky: The Mother of Modern Spirituality by Gary Lachman; The Da Vinci Code by Dan Brown; Conspiracies and Secret Societies by Brad and Sherry Steiger; Sophia: The Feminine Face of God by Karen Speerstra; Seeing in the Dark: Myths and Stories to Reclaim the Buried, Knowing Woman by Clarissa Pinkola Estes; Drawing Down the Moon by Margot Adler

The Emperor – Something related to leadership, organization, boundaries, assertiveness, the military, war, business or fatherhood. The $100 Startup: Reinvent the Way You Make a Living, Do What You Love and Create a New Future by Chris Guillebeau; Rework by Jason Friend and David Heinemeier Hansson; The Right-Brain Business Plan by Jennifer Lee; Organize Now! by Jennifer Ford Berry; Boundaries: Where I End and You Begin by Anne Katherine; The Leadership Challenge by James M. Kouzes and Barry Z. Posner; Manhood for Amateurs: The Pleasures and Regrets of a Husband, Father and Son by Michael Chabon; Fight Club (movie)

The Hierophant – Something connected to traditions, formal learning, teaching, religion and the Divine Masculine. Coexist Bumper Sticker; Because I Said So!: The Truths Behind the Myths, Tales and Warnings Every Generation Passes Down to Its Kids by Ken Jennings; God Against the Gods: The History of the War Between Monotheism and Polytheism by Jonathan Kirsch; A History of God by Karen Armstrong; I'd Like to Apologize to Every Teacher I Ever Had by Tony Danza; Wisdom of the Ages by Wayne Dyer 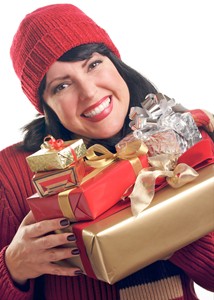 The Lovers – Something related to commitment, love, romance and marriage. The Fountain (movie); Lovers in Art by Bettina Schumann; And the Rest is History: The Famous (and Infamous) First Meetings of the World's Most Passionate Couples by Marlene Wagman-Geller; Chicken Soup for the Soul: Married Life!; Committed: A Love Story by Elizabeth Gilbert; Eternal Sunshine of the Spotless Mind (movie); Couples' Black and Silver Heart Pendant; Spiral Chimes with Heart Crystals; Cozy Cups Mousepad; The Essential Rumi; The Song of Songs: The World's First Great Love Poem by Ariel Bloch

The Chariot – Something related to speed, transportation or vehicles. Zen and the Art of Motorcycle Maintenance by Robert M. Pirsig; I Invented the Modern Age: The Rise of Henry Ford by Richard Snow; Cars (the movie); Ben-Hur (movie); Extreme Trains (Season One); Gearation Refrigerator Magnets; Wheels of Change: How Women Rode the Bicycle to Freedom by Sue Macy; History's Greatest Automotive Mysteries, Myths and Rumors Revealed by Matt Stone and Preston Lerner; Snowland Express Train Mug

Strength – Something related to courage, strength, endurance or grace under pressure. V is for Vulnerable: Life Outside the Comfort Zone by Seth Godin; Daring Greatly: How the Courage to Be Vulnerable Transforms the Way We Live, Love, Parent and Lead by Brene Brown; Courage: Overcoming Fear and Igniting Self- Confidence by Debbie Ford; 127 Hours: Between a Rock and a Hard Place by Aron Ralston; Grace Under Pressure by Rush; Finesse Mousepad;  Don't Bite the Hook: Finding Freedom from Anger, Resentment and Other Destructive Emotions by Pema Chodron; Courage Doesn't Always Roar by Mary Anne Radmacher; Resilience: The Science of Mastering Life's Greatest Challenges by Steven M. Southwick and Dennis S. Charney

Justice – Something related to the legal system, crime, law or anarchy. Lord of the Flies by William Golding; Justice: What's the Right Thing to Do? by Michael J. Sandel; Actual Innocence: When Justice Goes Wrong and How to Make It Right by Barry Scheck; Peter Neufeld and Jimy Dwyer; O.J. is Innocent and I Can Prove It by William C. Dear; Crime and Punishment by Fyodor Dostoyevsky; Beyond Cold Blood: The KBI from Ma Barker to BTK by Larry Welch; In Cold Blood by Truman Capote; Erin Brockovich (movie); Conviction (movie); Doubt (movie)

The Hanged Man – Something related to being suspended, halted, "up in the air", or the "hanged" gods. Shaun White (Amazing Athletes) by Matt Doeden; Jesus for the Rest of Us by John Selby; The Prose Edda: North Mythology by Snorri Sturluson; Judas and Jesus: Two Faces of a Single Revelation by Jean-Yves Leloup; Waiting by Marya Hornbacher; Cliff Jumper Art Print; Adrenaline Rush (documentary); Steep (documentary)

Death – Something connected to passing, transformation and transition. On Grief and Grieving: Finding the Meaning of Grief Through the Five Stages of Loss by Elizabeth Kubler-Ross and David Kessler; Phoenix Rising Figurine; The Metamorphosis by Franz Kafka; On Death and Dying by Elisabeth Kubler-Ross; Death (Deluxe Edition) by Neil Gaiman; Mortality by Christopher Hitchens; The Life Cycles of Butterflies by Judy Burris and Wayne Richards

Temperance – Something connected to experimentation, alchemy, the "Middle Way" or drinking. Shot Glass Roulette Drinking Game; Cocktail Shaker and Bar Tool Set; Prohibition by Ken Burns (Documentary); The Professional Bartender's Handbook by Valeria Mellema; Real Alchemy: A Primer of Practical Alchemy by Robert Allen Bartlett; Beyond the Self: Teachings on the Middle Way by Thich Nhat Hanh; The Middle Way: Faith Grounded in Reason by The Dalia Lama

The Tower – Something related to explosions, calamity, towers, apocalyptic themes or dealing with chaotic situations. Towering Inferno (movie); 9/11 Documentary (movie); Independence Day (movie); War of the Worlds (movie); Tower: An Epic History of the Tower of London by Nigel Jones; The Tower, the Zoo, and the Tortoise by Julia Stuart; SEAL Survivor Guide: A Navy SEAL's Secrets to Surviving Any Disaster by Cade Courtley 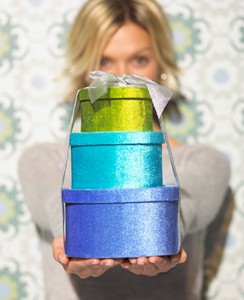 The Star – Something related to the Age of Aquarius, astronomy, astrology or UFOs. Universe: The Definitive Visual Guide; Ancient Aliens (Season One, Season Two, Season Three and Season Four); The Ultimate Hitchhiker's Guide by Douglas Adams; The Only Astrology Book You'll Ever Need by Joanna Martine Woolfolk; Astrology for Yourself by Douglas Bloch and Demetra George; Refractor Telescope;UFOS: Generals, Pilots, and Government Officials Go on the Record by Leslie Kean

The Moon – Something involving dreams, intuition, fears, mermaids, maritime, seafood, deep waters or illusion. Donnie Darko (movie); The Moon by Seymour Simon; Iceberg Under a Full Moon poster; The Secret History of Mermaids and Creatures of the Deep by Ari Berk; Mermaids: The Myths, Legends and Lore by Skye Alexander; Fish & Shellfish: The Cook's Indispensable Companion by James Peterson; Finding Nemo (movie); Lady in the Water (movie); The Dream Book: Symbols for Self Understanding by Betty Bethards; The Deep: Extraordinary Creatures of the Abyss by Claire Nouvian; IMAX Deep Sea (movie)

What about you, readers? What gift ideas come to mind for each of the 22 Major Arcana cards?

What a great idea! I'm going to use this for the birthdays coming up next. Thanks :-)

You're most welcome, Elle! Glad you like the idea. :o) Thanks for stopping by and taking the time to post!