It's my pleasure to be able to interview one of my favorite cozy mystery authors, Gayle Trent! Gayle is the author of the Daphne Martin Cake Decorating Mysteries, as well as the Marcy Singer Embroidery Shop Mysteries.

After the interview, read for your chance to receive a signed copy of Gayle's newest book, Thread on Arrival (an Embroidery Shop Mystery written under the pseudonym Amanda Lee). 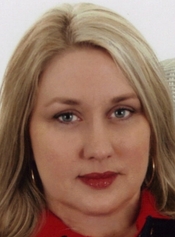 Janet: You have one of the top agents in the business: Robert Gottlieb, founder of Trident Media Group (and agent to Stephen J. Cannell, The Vatican, The Issac Asimov Estate, Elizabeth George, Deepak Chopra, DUNE Estate, etc.). How did you guys hook up?

Gayle: MURDER TAKES THE CAKE had been published by Bell Bridge Books, an imprint of BelleBooks. The publisher took part in an Amazon promotion that made the books available for free to people who received Kindles for Christmas. In early January following the December promotion, I received an email from Robert Gottlieb. In the email, Robert said he’d read and enjoyed MURDER TAKES THE CAKE and was interested in representing me. At first glance, I thought the email was a mistake. In fact, I was so convinced of this that I called Trident Media and said I thought maybe someone was falsely soliciting clients using Mr. Gottlieb’s name. After introducing myself and telling the receptionist the name of my book, Mr. Gottlieb’s receptionist said that he did indeed want to speak with me.

Janet: Wow, what a story! MURDER TAKES THE CAKE via Bell Bridge Books is how I discovered you, come to think of it. So, tell me, what writers/books did you cut your teeth on?

Gayle: I loved Nancy Drew, of course. Later it was Victoria Holt.

Janet: So many of us adored (and still adore!) the Nancy Drew mysteries! When did you know you wanted to be a writer?

Gayle: I wanted to be a writer for much longer than I thought it was actually feasible to be one. In my rural community, fiction writing was not a practical career choice. So I became a secretary and wrote as a hobby.

Gayle: My first novel, PHOTO FINISH, was published by Neighborhood Press in 1991. The company subsequently went out of business. Hope there was no correlation! After that, I was published by a couple of small presses and then, for a few years, I operated my own small publishing company and published not only my own work but the novels of other writers as well. The company was called Grace Abraham Publishing (my children’s middle names), and our mystery fiction was printed under the imprint Dark-n-Stormies. One of my crowning achievements with Dark-n-Stormies was getting the books featured in Woman’s Day Magazine in October of 2005.

It was too hard to operate a publishing business and continue to write, however, so I closed up shop on Grace Abraham Publishing and began writing again full-time. Some of my Dark-N-Stormies books live on in Kindle form—BETWEEN A CLUTCH AND A HARD PLACE , WHEN GOOD BRAS GO BAD and THE PERFECT WOMAN. All are available for .99 each. 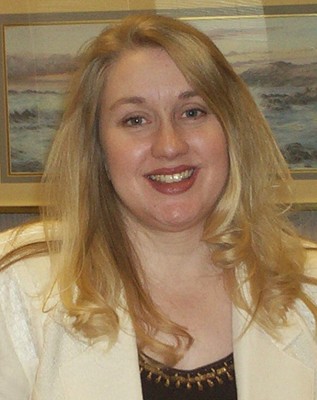 Janet: How many books have you written?

Janet: Who's been your favorite character to write?

Gayle: I have the most fun with the off-the-wall characters like Myrtle and Myra.

Janet: Myra from the Cake Decorating Mysteries is hilarious! Speaking of that series, how do you come up with such clever names like the musical-themed family from those books?

Gayle: Sometimes I really do things tongue-in-cheek expecting the editor to make me delete them, and the musical-themed family names was one of those things! But the editor loved it and let it go through.  When I let myself go, I can be pretty creative. When I worry about what the editor will do with what I’ve written, it sometimes stifles me. I’ve learned to try not to worry about it. I was so close with Deborah Smith (who edited MURDER TAKES THE CAKE) that I really let myself go on that one. She’s the queen of clever! She came up with the EIEIO acronym for KILLER SWEET TOOTH.

Janet: What writer/s do you most admire? Why?

Gayle: I love Jeffrey Deaver because his books usually have a make-you-gasp ending that you never saw coming. I enjoy Mary Higgins Clark’s books because she’s simply a master of suspense. I rediscovered Jude Deveraux recently. I’d read several of her books and then began concentrating solely on mysteries when I began writing in the genre. I did myself a disservice. Jude Deveraux is such an excellent writer—seamlessly weaving together her stories (I stayed up late two nights in a row reading LAVENDER MORNING)—that no matter what the genre, any author could learn a lot about writing from her.

Janet: I've not read Deaver nor Deveraux! Now, tell me, what's the hardest part about being an author? Writing? Easiest? 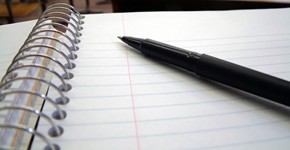 Gayle: Sometimes the hardest part about being an author is the loneliness. My family teases me (and I also joke) about the amount of time I spend with my dog Cooper. But he really IS my best buddy! He’s lying at me feet right this minute. On Facebook someone posted, you begin to act like the five people you spend the most time with. One day during the Halloween season, I went into the “seasonal” aisle of the grocery store, stopped, raised my head, and sniffed the candy-scented air. That’s when it struck me, “I’m beginning to act like Cooper!” LOL

One of the hardest parts of writing is making myself work through the hard spots where the writing has stopped flowing and I’m stumped as to how to transition from one thing to the next. The other hardest part is submitting to revisions. It’s often hard to go back and retool something you thought was really good. “This was sheer genius!” you might think when writing a scene. “This scene is extraneous and needs to go,” your editor might say. That’s a hard pill to swallow.

Third hardest part – bad reviews. Everybody gets them, and they hurt like crazy. I can get five excellent reviews and one bad review all in the same day, and I’ll focus on the bad one.

The easiest part is always when someone read what you wrote and enjoyed it. That’s why we all do what we do, and that’s wonderful.

Janet: Gayle, what's the best piece of writing advice you ever received? Worst?

Gayle: I think the best—not necessarily advice, but certainly words of wisdom—I received was from romance author Teresa Medeiros at a writing conference. We were in the signing area. I was sitting there with my one book—PHOTO FINISH—and she was sitting beside me with her many books with their beautiful covers. She took a photo of me sitting at my table and said, “I want to buy one of your books.” I asked, “Why?” She laughed and said, “Because I want to read it! Never forget, Gayle, we’ve all been where you are.” 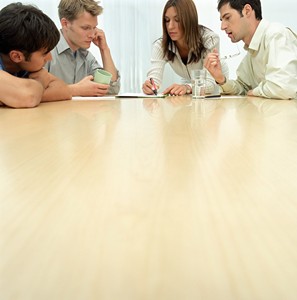 The worst thing I ever heard an author say was at a local library event. I’d tell you his name, but I’d be shocked if any of you had heard of him. No one among us was a best-selling author. Anyway, I asked this guy if he’d be interested in joining our writers’ group, and he said, “No. I’m an established author. I don’t need to belong to a group.” Uh…okay…. Didn’t want him in our group after that anyway. And, although I didn’t say this to him, I was thinking, “Pal, you need a group more than you could possibly realize.”

Janet: What advice would you give aspiring authors?

Gayle: Hang in there. Writing ain’t for sissies!

Janet: What are the next two books in both series and when are they coming out?

Janet: Gayle, thank you so much for taking the time to answer my nosy questions! It's been a pleasure.

For more information about Gayle and her books, please visit her website at GayleTrent.com.

And now for the giveaway and news! To be entered into a drawing to win a signed copy of Thread on Arrival, just leave a comment on this post. You can ask Gayle a question about writing or her books, or just share that you enjoyed this post or perhaps your favorite mystery. That's it! Contest ends a week from now, January 22, 2012 at 11:59 PM EST. All posters will be thrown into a hat, and I'll draw a name via Random.org.

I love embroidery and I love mysteries. Such a wonderful combination. Thank you for the marvelous giveaway. I'd love to win.

Oh,how I love a good mystery. Thanks for the giveaway.

What a great interview. Love this series and would love to win a copy of Thread On Arrival. Thanks for having this contest.

Thank you all so much for participating! I assigned you numbers based on the order you posted, then put the number into Random.org.

Congrats, Teena. Please email me synerjay(at)atlanticbb(dot)net with your snail mail address. I'll pass it along to Gayle, who'll send you your signed copy of THREAD ON ARRIVAL. Woohoo!