It drives me crazy when I see the wrong use of "s". 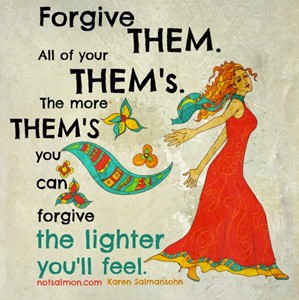 Look at the poster on the right.

Now, we know that "thems" isn't a word. But if it were, as the creator of this poster intended, then it would be written just like I did: THEMS.

Why? Because it's intended as a plural. More than one "them" equals "thems".

Now, if "them" owned something, or had an attribute, it would be "them's".

Here are some examples:

1. There were three cats on the fence.
2. Hey, look at that middle cat's white tail!

When you're confused, ask yourself "Is there more than one thing I'm talking about here?" If yes, then add an "s" without an apostrophe because it's a plural usage.

1. I found two coins in the couch.
2. The coin's date was completely rubbed off.

Another way to tell the difference is to ask yourself if the sentence can be reworded using "of the". The date of the coin was completely rubbed off. (Tips you off that it's possessive).  And, "Hey, look at the white tail of the middle cat!"