I'm super duper happy to introduce a new segment to my blog, one that's been brewing in my head for a long time. What is it? Why, Writer Quirks!

I knew I had writing quirks, so I suspected fellow writers did, too. And guess what? They do! They really do.

Without further ado, here's the first one... 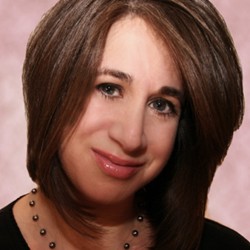 I met Jenny Milchman on Twitter, and found her engaging, witty and sweet. Turns out that Jenny happens to teach at the NY Writers Workshop, co-hosts the literary series Writing Matters, and chairs the of International Thriller Writers' Debut Authors Program. She's also the author of the brand spankin' new suspense novel Cover of Snow, now out from Ballantine. (I'm on Chapter 42 and OMG! Honestly--and it sounds so cliche to say this, but--her debut novel is a freakin' page tuner!)

Anyway! I asked Jenny if she happened to have any writer quirks. She does. Here's our back-and-forth emails (reproduced because I think she's so darn funny):

Janet: I'm doing a blog post about Weird Writing Quirks of Writers. Do you happen to have any to share? (Don't lie.) 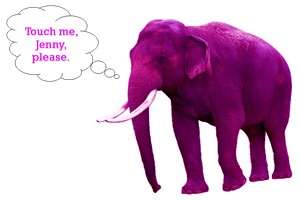 Jenny: I touch a tiny glass pink elephant each day before I sit down to write a first draft. Can explain why if you want :)

Janet: Of course you must explain! Geez...

Jenny: You mean you don't understand?

Jenny: OK, short version...my husband and I met in college in a philosophy club where we debated the burden of proof. Do I have to prove a pink elephant is in the room, or do you have to prove it's not there? So pink elephants have ever since been lucky, and now I have a teensy glass one I touch every morning before I begin writing a new book...


So there ya go, dear readers. An adorable writer quirk from a very talented author. 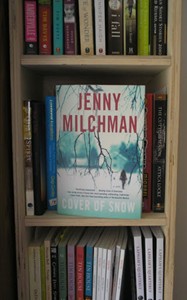 By the way, writers, if you've ever felt like giving up, you must read this post by Jenny on She Writes. Not only did it take her thirteen years for Cover of Snow to see publication (yes, you read right--13), but she also endured rejection, discouragement, loss of an agent and more. She even decided to give up a psychotherapy practice to stay home to write (while having children, too).

To learn more about Jenny and her writing, visit JennyMilchman.com. (P.S. It was her husband who did such a fab job designing her rockin' site).

So what about you? How many of you authors out there have writing-specific quirks? Feel free to share your writing quirk here in the comments section or email it to me at synerjay (at) atlanticbb (dot) net for possible inclusion in the Writer Quirks series.

Oh my...I feel so exposed...but it's all OK because Janet makes things so warm and comfy. Thanks for your kind words about Snow, Janet. And yes...writers who are even considering giving up, please get in touch! You'll see why you never, ever should :)