In Praise of the Rebel 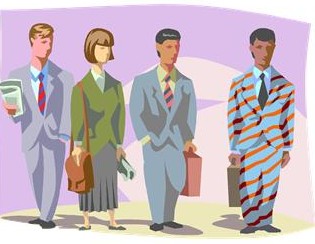 Those with Rebel archetypes tend to go against anything "organized", including bureaucracies, religion and groups. We don't "play well with others".

I believe each person is given (or scripts before incarnating) several archetypal patterns to help us fulfill our soul's sacred contract during a particular lifetime.

I know that if I didn't have the Rebel archetype, I wouldn't be where I'm at today, nor would I have accomplished all I have.

Nor would my son.

When our son Noah was diagnosed with Autism at age 3 from an "Autism Center", I went against prevailing "expert" advice to apply ABA "therapy". Instead, I followed intuition with how I interacted with Noah, and continued to homeschool him.

I took a huge risk, with no one in our corner but myself, Ron and Noah...and it paid off. He's now 14 years old, and is funny, kind, compassionate, wise and smart. Last time we went to the psychologist, he said Noah wasn't even on the spectrum anymore.

I haven't blogged about my son or Autism since April 2011, thanks to being attacked by another Mom who fancies herself as a "Light and Love" Tarot expert.

But I felt, strongly, that someone out there needs to hear that it's OK to be a Rebel...even if it makes you unpopular at best and hated at worst. Raun Kauffman, the product of the SonRise program (and now, CEO of the Autism Center of America), helped spur this line of thought. Below are some videos about him, ABA, Autism and SonRise.

Just because an individual has a different archetypal array than you do, don't demonize or marginalize them. Your archetypal "skill set" is no better than any other. Just different.

And, those patterns you don't like or find offensive?  They are exactly what a person may need to navigate a difficult life path and accomplish the soul's plan.