What You "Should" Be Doing

Hands down, the most frequent request I get for intuitive readings is this:

I have a sense that there is something I should be doing (life's work) but am clueless as to what it might be.

The above is a direct quote from a client who just ordered a reading, but it's the exact same request that I've received dozens of times.

Yes, intuitive and Tarot readings can help steer you in a particular direction. But I have a secret for you: 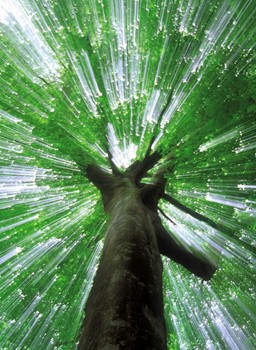 Every person who's interested in the business of consciousness (enlightenment) and doesn't want to live a wasted life (one with regrets) has this feeling.

So what is it?

This question arises between the gap of the ego's search for meaning and the soul's desire for full expression this lifetime.

Ego gets a bad rap, but it's a necessary and vital function to have. Healthy egos keep us from going crazy. Without a sense of meaning--a life purpose--most of us simply wouldn't go on, let alone endure suffering (sometimes, an insane degree of suffering).

This sense of meaning varies from person to person. It can be a religion, a higher power, a loved one, a career, a talent or a goal. It's the reason we get up in the morning. And, sometimes, people lose meaning. That's why depression may set in. So an individual must find a new meaning in order to go on.

But make no mistake: we create our own meaning. Sure, we can get our meaning from a book (or even a "Good Book"), but what happens if we experience a crisis of faith? Or our belief structure falls apart for some reason?

Granted, some of us are just high on life itself, for the experience. That's usually the soul part, winking to us, letting us know we're fully expressing what we wanted to do this time around. But once you find your meaning or life purpose (or several of them), you still may feel some existential angst. That "I know there's something I should be doing but I'm don't know what" angst.

In that case, it's likely your soul trying to get your attention. It sorta works like a video game where you've hit the end of landscape's parameters (using an ATV: Off Road Fury example) and you're warned to "go back". Then, the game resets and puts you back in the playing field.

This happens when there's a gap between what our ego has set as a (or the) "meaning of life"...and what our soul wants to experience. The ideal, for most, is when we're in that blissed out state of flow. Where we get up, excited and joyful, and go where our passion leads us. That's the sign that youre ego's "meaning of life" and your soul's "what you scripted to experience this time around" have dovetailed. This is the berries.

But it can be a tricky state to maintain, let alone find. This is because our ego is influenced by the fears of the lower three chakras, including wanting to "fit in" (Tribal Identity: 1st Chakra), power struggles (Issues of Control: 2nd Chakra) and self-acceptance (Confidence/Self Esteem: 3rd Chakra).

So we may known darn well what our soul wants to experience this lifetime (characterized by reconizable and embraced archetypal patterns via sacred contracts, as well as that ZING of being on track), but, for some reason, feel like it's not "good enough" or "acceptable" or "desirable" or "popular". But, because of "slumming in the lower chakras" (to borrow a phrase from Caroline Myss) we allow ego to lead the way with borrowed personal "meanings" that are simply a poor fit because we lack the archetypal support to pull it off. In just about every religion and spiritual path, love is at the core. It is THE most desirable trait and THE highest aspiration. So, for those with a Lover archetype, they're already ahead of the game in terms of what those realms deem as THE meaning of life. They ooze love, and often have a backup Rescuer archetype to prove it.

But, what if you don't have a Lover archetype? What if your archetypal array looks more like Joan of Arc on Red Bull? Athena channeling Optimus Prime?

See the dilemma? We've been told that "spiritual" looks and acts a certain way, and it's the Lover archetype. Which is simply a load of horseshit.

This is why you must have strong and healthy lower chakras: so you can withstand the winds of other people's egos and projections, forming your own personal meaning and staying true to your soul's path for this lifetime.

No one needs to agree with you, no one needs to understand you, and no one needs to like you. All that matters is creating YOUR personal meaning and knowing YOUR soul's path in this life time (including the archetypal array backing you up). 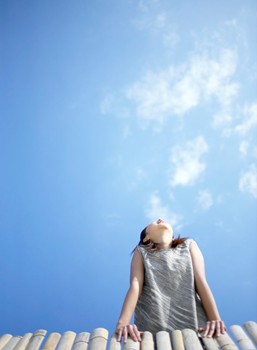 If you know your soul's path but can't find a reason to get up every day, you'll feel lost at best and depressed at worst. The solution? Follow the threads of your archetypal patterns and choose something, anything, that gives you a reason to get up in the morning. Do not look to others or what they're doing. No, be an existential detective and look to your own patterns for clues to creating meaning.

Excellent! This may very well be your most important post to date.

Wow, thanks, Craig! The email had just come in and I felt inspired. Typed it right into the TypePad interface (Do Not Pass Word, Do Not Collect Possible Grammar Mistakes...)

Goes to show that our best or most helpful posts come straight from the heart, often spontaneously. :o) I appreciate you stopping by to tell me! XO