Archetypes - What Are They? 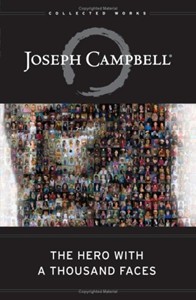 In his book The Hero with a Thousand Faces, author mythologist Joseph Campbell says that Carl Jung defined archetypes thusly:

Forms or images of a collective nature which occur practically all over the earth as constituents of myths and at the same time as autochthonous, individual products of unconscious origin.

What this means is that archetypes are universally recognizable patterns that are found in oral tradition, fairytales, movies, pop culture, sacred texts and mythology. A Mother in one culture is essentially the same in another on the other side of the world, as are archetypes such as the Hero, Hermit, Orphan, Teacher, Warrior, Knight or Fool.

Granted, there are permutations and shades of overreaching archetypes, but the core pattern is, essentially, the same.


The word “Autochthonous” comes from an ancient Greek word meaning “sprung from the Earth itself” (without any parentage). They just are, with no origin. Interestingly, “autochthons” appear in Greek mythology as earthborn heroes and legends, sometimes sprouting from trees, fields or soil.


So Jung is saying that, sometimes, an archetype just seems to come out of nowhere, without the influence of a tribal mythos or grand story. Of course, when it comes to Jung, there’s really not a “nowhere”; he likely means out of the collective unconscious—a nebulous state residing in the ether or akasha, containing all the symbols, motifs and patterns that ever existed…a place visited in dreams and contacted via altered states. 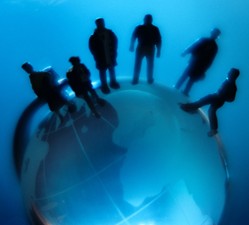 I believe that we can know the archetypes of our Sacred Contracts, which are different for each person, based on the patterns present in our lives. We discover them by asking questions like, What situations do I "always" find myself in? What kind of people am I attracted to? Repelled by? What are my strengths and talents? What roles are "so me"? What behavior patterns would my friends and family say are "so you"? What am I passionate about?

Those questions will point out the strongest archetypes in your psyche faster than anything, and knowing and owning them will not only give you self-knowledge, but a sense of purpose and meaning.

As I stated in my post What You "Should" Be Doing:

In her new book, Archetypes: Who Are You?, author Caroline Myss provides some fascinating quotes relating to archetypes: 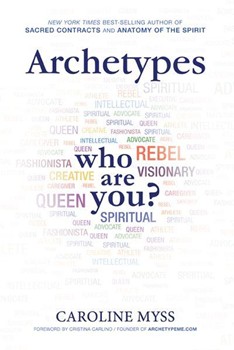 “Discovering your archetypes is like being introduced to yourself at the soul level. You may not know yourself at this depth, or the power that your myths and symbols generate in your life. But you should, because these are the creative engines of your psyche and spirit. And knowing them can save your life.”

“Although archetypes are collective symbols that everyone in the culture shares, they can also speak to us individually, as personal archetypal patterns that are the foundation of our beliefs, drives, motivations, and actions, organizing and energizing all our relationships in life.”

“You may not be conscious of it, but you have been doing ‘archetypal power readings’ of people since you were a child—only you probably think of it as labeling someone or even judging them, if the label is a negative one. People watching is all about archetypal power readings—scanning strangers and instantly gathering information about their lives. What you are scanning for are what I call archetypal ‘fun facts’—common traits that are dead giveaways as to what a person is like.” “One way archetypes communicate with us is by energizing or animating our myths and fantasies."

“You identify your archetypes in your stories, your patterns, your fears, your talents—all the things that are constant in your nature. What would you say is ‘typical’ of you? How do other people describe you?...Archetypes are patterns in which we know how the story goes… You know what’s true about your and always has been true….We can go for years denying our archetypal behavior patterns, but invariably at some point the archetype wins out. Something forces us to confront the pattern, and with that awareness, we reclaim our power.” After reading this post, are your wheels spinning? If so, have fun with me and answer a question or two!

Thinking about your own repeating patterns and modes of behavior, what archetypal patterns do you suspect you have? What traits or behaviors magentize you to another? What movies, characters and myths do you most identify with? I'd love to hear what you come up with!

This is awesome > "a nebulous state residing in the ether or akasha, containing all the symbols, motifs and patterns that ever existed…a place visited in dreams and contacted via altered states."

I'm familiar with Jo Campbell and his Power of Myth, but I only have a topical knowledge of Jung, and that bit you added is really cool.

I have no idea what my achetype might be.... :/ is there a quiz or something? :p

Thanks for sharing this!

The best way to ascertain your archetypes is through asking yourself some of the questions I posed in this post, as well as extensive self-examination. I highly recommend Caroline Myss's book Sacred Contracts to get you on your way. She has some free information at her site: http://www.myss.com/library/contracts/ Some info. on Archetypes from her site: http://www.myss.com/library/contracts/archetypes.asp

There is a brief, highly inaccurate (IMO) quiz at https://www.archetypeme.com/ based on Myss's newest book, Archetypes: Who Are You?. It tests for only 10 archetypes and is VERY general.

I appreciate you stopping by and leaving a comment! Hope to see you again, soon. :o)

This was how I first came across the Tarot many years ago - investigating what on Earth these things called "archetypes" were :-)

Those questions you've posed will be great for basing a reading on - I'm really keen to try it now. This post has actually come at an interesting time for me as I was just questioning myself this morning following a strange and disappointing interaction with someone. I wonder if I'm simply the type of person that person is usually repelled by.

Ah, so Tarot brought you to Archetypes! Very cool...

Have you had additional insights on the interaction, Elle? (Sorry for the delay getting back to you...I was offline for a week).

Sometimes, a disappointing interaction may also indicate that they don't "vibrate" at the same level you do (to be decidedly New Agey). ;o) Those who don't seem to be on the same page as we are may quite simply need to remain outside our sphere for many reasons, including dragging us down. What do you think?

And YES, what a cool spread those questions would make. I'll have to come up with a Bully Spread. Thanks for the inspiration (and for stopping by and taking the time to comment)! :o)

(I've had some difficulty logging in to Typepad this past week, so sorry for the delay in responding)

I think you're spot on with the point about vibrating at different levels. I have had the exact same conversation with different people just a half hour apart, and one conversation was great and easy and pleasant, while the other felt like pulling teeth. And when I drop my child off at pre-school I make a point of smiling at and greeting every other parent I pass - about half always smile back and respond, but the other half ignore me. I used to think it was a "physical attraction" thing, but vibrations make more sense.

That's definitely an indicator, Elle: when you're feeling a particular state, but then come around someone that knocks you out of it--only to go right back to the original state. A case of different vibes, for sure! :o)