The Bully (and Coward) Archetype 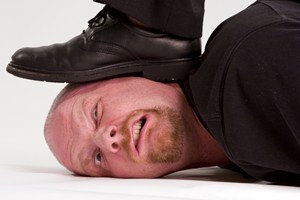 “The archetype of the Bully manifests the core truth that the spirit is always stronger than the body. Symbolically, our physical bodies can ‘bully’ our spirits with any number of reasons why we should back down from our challenges, which appear to overwhelm us by their size and shape….Conventional wisdom holds that underneath a bully is a coward trying to keep others from discovering his true identity. Symbolically, the Cowards within must stand up to being bullied by his own inner fears, which is the path to empowerment through these two archetypes.” – Caroline Myss, in Sacred Contracts

Goliath, Biff Tannen from the Back to the Future films, Bluto from Popeye, Patty Farrell in the Diary of a Wimpy Kid films, Mean Girls, Lotso Bear from Toy Stoy 3, Lucy Van Pelt from Peanuts…the Bully archetype is arguably one of the most recognizable in literature and film.

Fortunately, there’s now a strong anti-bullying movement, largely because modern, technological breeding grounds for this archetype—Facebook, texting, YouTube and other social media outlets—spawned a new mutation known as the Cyber-Bully.

But before I get into the hallmarks of the Bully archetype, as well as examples, it’s important to be clear on what a Bully is not.

A Bully is NOT someone who’s merely:

You see, many who champion the anti-bullying movement are, themselves, carries of the Bully/Coward archetype. Let me be clear: no archetype is, in and of itself, negative—regardless of whether a society, culture or tribe deems it so. And, just because someone is a carrier of an archetype does NOT mean that they participate in the negative or shadow qualities of that archetype.

Caroline Myss goes on to say:

“Your relationship to this archetype should be evaluated within a framework far more expansive than evaluating whether you ‘bully’ people. Consider whether on your life path you confront one experience or relationship after another that appears to have more power than you and ultimately leads you to ask, ‘Will I stand up to this challenge?’ People are often called to take on bullies for the sake of others, as David did Goliath, and this is another criterion of you connection to this archetype.”

Thus, there are times that an individual calling another “Bully” the loudest are, in fact, the ones demonstrating the archetype (usually as the Coward). 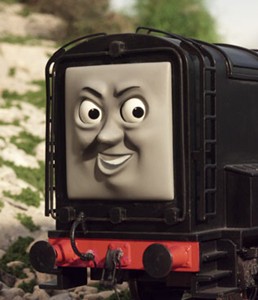 Surprisingly, one of the most consistent portrayals of the Bully is in the Thomas the Tank Engine series for kids. The earlier episodes of this series are appalling for this very reason. Although Diesel and Diesel 10 are the main Bullies, constantly picking on and threatening the “Steamies”, the rest of the Cowards on the Island of Sodor—especially the “Steamies”—get in on the act by bullying their fellow engines. Of course, they apologize to one another at the end, but they, too, get caught up in the whole Bully/Coward dynamic.

For the most part, unless in its Stalker permutation, the Bully needs an audience for his tactics. It may be only one sidekick or several sycophants, but the Bully needs someone to bolster his ego because, remember, inside every Bully is a Coward. Bullies are not genuinely courageous, strong or confident. Thus, they overcompensate by belittling those who catch their focus.

And focus is yet another hallmark of the Bully. A Bully hones in on one person or group and relentlessly follows his prey. In school, he follows his target through the halls, in the gym, at the playground, on the bus or during the walk home. He demands money “or I’ll kill you”. He pushes his targets to the ground, steals their books, flicks their ears, pulls their hair or taunts them with names.

That’s yet another hallmark of the Bully: lacking inventiveness or intelligence, they rely on one-note taglines or names like “fat”, “four-eyes”, “fag”, “loser”, “retard” or other horrendous labels. 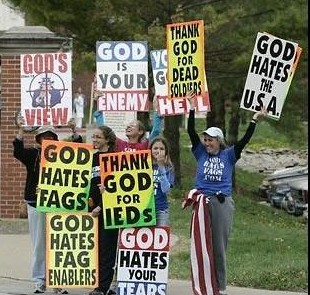 A prime example is the Westboro Baptist Church. These dumb-as-rocks Bullies protest military funerals and other sacred occasions, flinging their offensive names and rhetoric like fearful cavemen throwing stones at shadows.

With the Stalker permutation of the Bully, we have someone usually acting alone, in the shadows, anonymously. Not always, mind you. I had a pathetic Stalker who used her real name when she followed me all over Facebook, my blog, Twitter, Amazon, etc. But like most Bullies, she thought she had an “audience” to bolster her, when attacking me publicly was fashionable.

Stalkers call people on the phone to breathe heavily or unleash a diatribe of hate. Some leave 1-star reviews on Amazon, harass on Facebook or spread lies by contacting individuals with supposed “dirt” on their target. Obsessed with an individual, they just canNOT let it go.

Some call the police or other authorities—anonymously—to “report” someone they don’t like. These Cowards hope to have those stronger than them do their dirty work.

Studies have shown that males are not more likely to be a Bully than females, with rencent studies showing equal statistics for both genders. In fact, girls as young as three years old may exhibit Bully qualities. 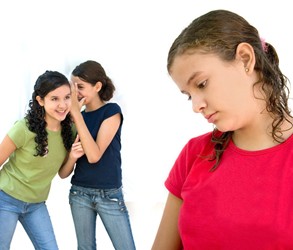 While males tend to be more physical--shoving, kicking or hitting--females exhibit the Bully pattern more subtly via gossiping, slandering and group exclusion. (Whoever's seen this pernicious behavior on Facebook, raise your hand).

Fueled by fear and insecurity, the Bully’s M.O. is intimidation and control. Thus, those that are deemed “weak” or “different” aren’t always their target. In fact, especially with Cyber-Bullies, they may target those who are successful, talented, creative or influential. Cyber-Bullies are miserable because they don’t have what someone has (in their eyes): power.

Yes, it’s all about power for the Bully.

A Bully’s labels and taunts isn’t about her target at all…but about how out-of-control and powerless she feels.

Sometimes, it takes a life challenge or particular set of circumstances to activate a latent archetype, including the Bully. For example, in the classic book Lord of the Flies, a group of schoolboys from Britain are evacuated during war. Their plane crashes on a deserted island, so the boys must fend for themselves. Jack, who was actually a head choirboy at his school, hungers for power from the very beginning. When the boys decided to elect Ralph as leader, Jack is furious. From then on, he pushes boundaries and attempts to subvert Ralph’s plans for group survival and efforts at rescue.

Early in the book, Jack—the Coward—couldn’t even kill a pig for his survival. Society’s mores and promise of punishment that kept him civilized and “in line” were still operative in his psyche. But as time wears on, Jack’s hostility and bullying of Piggy increases, as does his anti-social behavior. Finally, Jack becomes a Hunter and, with a cadre of sycophants in tow, exhibits alarming bloodlust. When the survivors are finally rescued, the British officer is horrified how these schoolboys have descended into savagery. 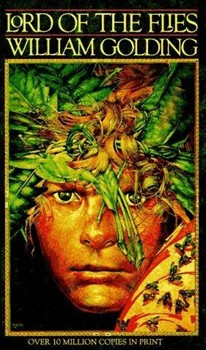 Interestingly, Jack not only bullied his classmates via threats and actual violence, but also by creating an almost religious superstition--the vengeful Lord of the Flies, represented by the impaled pig's head. Fundamentalist religions often have superstitions and beliefs in place to instill fear in its followers. Again, a control tactic fueled by fear. One could argue that, in this light, Jehovah's constant threats to destroy "His people" or Christian ministers intimidating congregants with sermons saying "You're going to hell!" personify the Bully archetype, as well.

In terms of raising consciousness, identifying the shadow and acting in an empowering way, how does a person with a Bully archetype embrace this pattern?

Quite simply, by standing up to fear. That is, the fear within you. Instead of reacting to fear externally by trying to intimidate the "weak" or control those perceived as having "power", turn your Bully on your own fears. Do some serious psychological excavation and soul searching. Ask yourself the hard questions (with the help of a therapist or spiritual director, if need be). Be like the Cowardly Lion and seek true courage...the kind that only comes from ruthless self-examination and, then, self-acceptance.

When you are scared or feel threatened don't act out. Instead, go within and bully your fears. Tell them you won't be at their mercy. Acknowledge that others aren't your problem--it's your cowardice. Then man up (or woman up) by becoming truly powerful on your own, without the need, compulsion or obsession of trying to obtain it illegitimately by bullying others.

A very thorough and in-depth look at a classic archetype that can be very in-your-face or difficult to identify.

Thank you kindly! I appreciate you stopping by and taking the time to comment. :o)