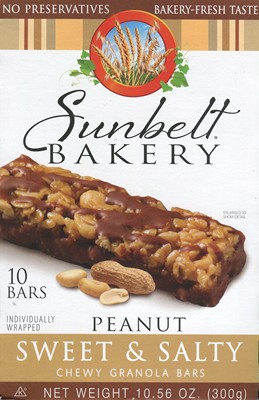 Suddenly, his teeth hit something hard. He figured it might be a piece of toffee, perhaps from a different part of the factory. However, it didn’t break.

After washing it off, we discovered that it was a patterned, translucent, hard shard of plastic with wicked sharp edges on two sides. This shard measures approximately 1 ½ inches at its longest.

I tried to call Sunbelt around 5:30 PM Friday, but their customer service center was closed. I tried calling my local Wal-Mart after that, but the clueless operator sounded reluctant to bother a manager. “Well, we can’t yank boxes off the shelf for just one piece of plastic…You’d better call 1-800-WalMart instead.”

So I did. Turns out that Wal-Mart customer service holds banker hours, too, so no one was there.

Flash forward to just a few minutes ago, May 13, 2013—the day after Mother’s Day. I call the customer service line to Sunbelt once again.

“I am so sorry about that. We’ve never heard anything like this before. We only get calls saying ‘Where can I get it?’” (Translation: Where can we rush to buy your wonderful products?).

I proceeded to stress that the hard plastic triangle was sharp on two ends and could have lodged in the throat, causing choking, or went down the throat, perforating the esophagus or stomach. I mean, my 14-year-old son eats granola bars, too!

I offered, “I can scan the image and email it to you to help trace the source...?”

“That’s very sweet of you”, she interrupted, “but we’re a public company so we don’t communicate with the outside and have a firewall. So that’s not necessary.”

So here they are: 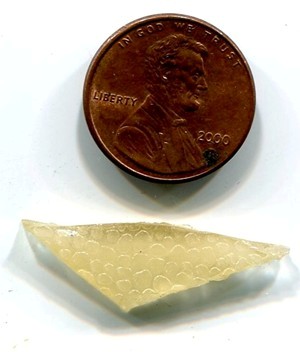 Next time you’re tempted to buy a Sunbelt Bakery granola bar (a Little Debbie company), you may get an extra “surprise” instead…one that’s potentially life threatening.