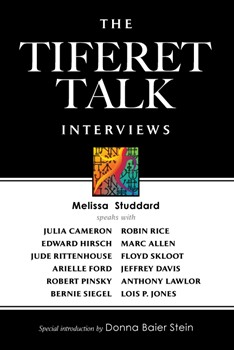 “The interviewees share their thoughts on ways to tell the truth of our lives, access creativity, and balance magic and craft.” – Donna Baier Stein (from the Introduction to The Tiferet Talk Interviews)

Featuring edited, transcribed conversations that occurred between host Melissa Studdard and her guests on the Tiferet Talk Radio show between June 15, 2010 and July 24, 2011, The Tiferet Talk Interviews offers a soulful feast for readers.

For those of you unfamiliar with the show, Tiferet Talk Radio is the radio arm of The Tiferet Journal. You can also find this fine publication on Facebook here.

The idea of transcribed radio interviews may sound like boring stuff for a book, but I assure you that the dynamism of such an outlet translates magnificently in interviewer Melissa Studdard’s thoughtful hands.

It’s evident that Ms. Studdard came to each interview supremely prepared, not only with a thorough knowledge of her guests, but also their work and—perhaps more importantly—how their creative contributions added to the larger conversation of what it means to be human, to be creative, to find meaning, to live our personal truths.

There’s so much ground covered in The Tifert Talk Interviews—each author, artist and poet talking about their books, poetry, music, designs and purpose—and yet, there’s an intimacy here, too. In fact, there’s great depth in this book, which surprised me. I wouldn’t have imagined that transcribed radio interviews could translate so well into book form.

Here are but a few of my favorite passages from the book:

Marc Allen (on dealing with doubts and fears):

“One thing that helped me was the knowledge that a plane is off course over 95% of the time, but a pilot keeps correcting over and over, and they reach their destination…Once you set a goal, once you dare to dream, you set a course, and whatever you do, you move toward it. It’s always just small obvious steps. A journey of a thousand miles begins with one small step, and then just another small step. There’s no huge leaps you make. You just take the little obvious steps in front of you when you set your course…We can be off course most of the time, but if we just continue to return to our goal, our dream, our plan and take the next obvious little step, over time we will reach our goal.”

“You can’t be sure you’ll get hit by lightning, but you need to go out and stand in the rain, or you won’t get hit at all. You need to do your work. So, one of the constants is that you need to fasten your behind in the chair and sit down and do  some work and try to consciously practice your craft.”

Robin Rice (on how she does so much):

“I do work from early in the morning until I can’t go any more most days. You could say I’m a workaholic if you really want to be pathological about it, but the truth is that this is what I feel the time is for. We are here now to do all we can. To usher in some kind of change in this world. And it’s desperately needed, and anybody who can do anything I feel should get out there and do it.”

Jeffrey Davis (on how writing is like a self-portrait):

“I don’t have anything in common biographically with these characters, yet there are parts of my personality that I can also explore…I overheard a conversation in the waiting room of the family clinic where we go, and it was just myself and this woman on a cell phone, and I got to hear her half of the conversation, and at first I was annoyed, and then I realized I had something really good, and I pulled out my notebook and acted like I was making my grocery list, but I was really quoting her.”

“Do I have a sense of meaning in my daily activities and relationships? And you know, that relates to the mortality rate of Monday. I mean, if you work, your life has meaning in it, and you will be a lot healthier and live longer. Well, I always say, find your way of contributing love to the world. So, it isn’t about what job you take; it’s about how to contribute to the world. Because people are everywhere, whether you are landscaping, plumbing, or a veterinarian, people are attached to what you’re doing and you have to really relate to those people.”

Below is a list of contributors to The Tiferet Talk Interviews:

Book Synopsis (provided by the publisher):

The Tiferet Talk Interviews is a fascinating collection of twelve interviews transcribed from the Tiferet Talk Radio show, hosted by Melissa Studdard. Some of the world's most notable writers and spiritual leaders share their thoughts on writing, tolerance, and the world we live in today. Gain incredible insight into their perspective on ways to tell the truth of our lives, access creativity, and balance magic and craft. The Tiferet Talk Interviews includes a special introduction by Donna Baier Stein and interviews with Julia Cameron, Edward Hirsch, Jude Rittenhouse, Marc Allen, Arielle Ford, Robert Pinsky, Dr. Bernie Siegel, Robin Rice, Jeffrey Davis, Floyd Skloot, Anthony Lawlor, and Lois P. Jones. 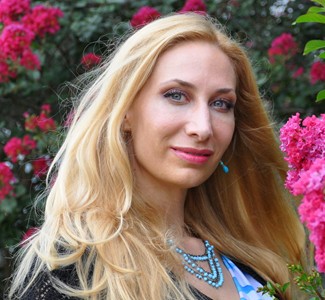 Melissa Studdard is the author of the best­selling novel Six Weeks to Yehi­dah, and its companion journal, My Yehidah (both on All Things That Matter Press). Since its August 2011 release, Six Weeks to Yehidah has been the recipient of many accolades, including the Forward National Literature Award,  the Pinnacle Book Achievement Award and January Magazine's best children's books of 2011. It was also named a finalist for the National Indie Excellence Awards and the Readers Favorite Awards. Along with Scott Lutz, Melissa is co-author of For the Love of All (Trestle Press), which is the fifth story in the Mark Miller’s One series and debuted in the number one spot for Hot New Releases in Literary Criticism and Theory in the Amazon Kindle store. As well, her poetry, fiction, essays, reviews, and arti­cles have appeared in numer­ous magazines, jour­nals, and antholo­gies. Melissa cur­rently serves as a Reviewer-at-Large for The National Poetry Review, an editorial advisor for The Criterion, and an edi­tor for Tiferet Journal, where she hosts the journal's radio interview program, Tiferet Talk. Melissa received her MFA from Sarah Lawrence College and is a professor for the Lone Star College System and a teaching artist for The Rooster Moans Poetry Cooperative. She loves anything related to writing and reading, whether it's sitting alone with a book and a cup of hot tea, or attending a large poetry reading or literary festival. She also loves travelling, meditating, going for walks, bicycling, practicing yoga, and spending time with family. She currently resides in Texas with her wonderful daughter and their four sweet but mischievous cats. To learn more, please visit www.melissastuddard.com. 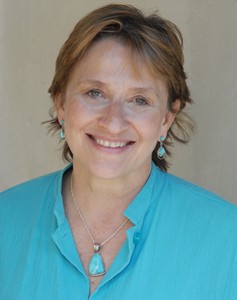 Donna Baier Stein’s writing has appeared in Virginia Quarterly Review, Kansas Quarterly, New York Stories, Prairie Schooner, Washingtonian, many other journals and anthologies from Simon & Schuster and The Spirit That Moves us Press. Her short story collection was a Finalist in the Iowa Fiction Awards and will be published, as Sympathetic People, in 2013 by Serving House Books. She has received the PEN/New England Discovery Award for Fiction, a Johns Hopkins University Writing Seminars Fellowship, Bread Loaf Scholarship, a grant from the New Jersey Council of the Arts, prizes from the Poetry Council of Virginia, two Pushcart nominations, and an Honorable Mention in the 2013 Allen E. Ginsberg Poetry Awards. Her poetry chapbook Sometimes You Sense the Difference was published in 2012 by Finishing Line Press. One of her stories was performed by Tony-award winning actress Maryann Plunkett at Playwrights Theatre in Madison, NJ. Donna was a Founding Editor of Bellevue Literary Review and founded and currently publishes Tiferet: A Journal of Spiritual Literature (www.tiferetjournal.com.) She is also an award-winning copywriter. Her website is www.donnabaierstein.com.

Thank you, Janet! Your writing is beautiful, and I'm honored by your response to the book! Those are some of my favorite quotes too!

My pleasure, Melissa! Yours is one of those "artesian well" books that you can keep dipping into for inspiration, encouragement and perspective. What a blessing you are!

And what a blessing you are too! I'm thrilled to have found your beautiful site!