Permutations of the Magician Archetype

A powerful and enigmatic archetype, The Magician is arguably one of the most troublesome cards of the Tarot, perhaps because it embodies several powerful patterns that can be, at times, conflicting.

One of the main differences between the Light and Shadow permutations of The Magician is motive: gain for others versus gain for self. After all, every permutation of this archetype involves some form of skilled manipulation.

Let’s examine a few of the powerful archetypal permutations of The Magician and some examples of each pattern: 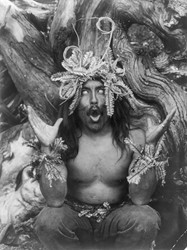 Shaman - This is the powerful healer of the tribe, one often seasoned in animal communication, herbology and ethnobotany (the use of plants in hallucinogenic rites, vision quests and soul retrieval). In the higher expression of the Shaman, we have noble medicine people and wise, sporadic advisors such as Rafiki in The Lion King or Mama Odie in The Princess and the Frog. In the lower expression, we have the proverbial "snake oil salesman" who feigns the ability to cure, reverse curses or see the future (for example Dr. Marvel/The Wizard in The Wizard of Oz, Dr. Facilier/Shadow Man in The Princess and the Frog and Dr. Terminus from Pete's Dragon.)

Communicator - This is the silver-tongued individual that influences and inspires the masses—the great orators of history known for sagacity, insight, communication skills and, sometimes, diplomatic wizardry. Mercury, the god of communication, governs The Magician (which is why the term "Mercury retrograde" often strikes fear in the heart of those who believe in astrology because they dread the snafus that may assault conversations, contracts and electronic gadgets during these times.) On the other hand, this permutation can also be the "spin doctor", copywriter or advertising specialist that distorts or repackages reality in order to manipulate or influence readers, viewers and consumers.

In many ways, Jesus embodies The Magician archetype, especially with his healing ability, transformative touch and the power to sway/inspire/encourage crowds with his sermons/parables. However, what he was to "become" through religious tradition via modern Pharisees and institutions falls under the aegis of Trump V, The Hierophant. "Magicians" of this caliber change perspectives, which often results in the literal shifting and healing of ingrained belief systems and cultural attitudes. 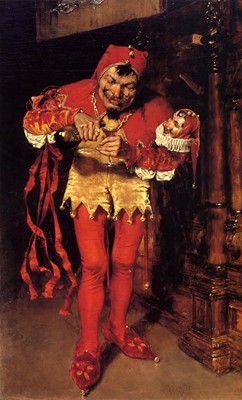 Jester/Trickster/Provacateur - While some say that The Fool embodies the Jester archetype, I feel that this is more the domain of The Magician for one reason: The Fool doesn't yet know enough to manipulate or influence others, but The Magician does. In fact, he has all four domains/elements/tools at his disposal to do so (symbolized by the four tools on his table--the Coin/Earth, the Cup/Water, the Sword/Air and the Wand/Fire). Thus, he can be a great force for good--or for ill. The Jester was the only one in the King's court that could not only mock the King and get away with it, but also speak harsh truths about politics and politicians without getting killed; the modern version of this archetype is the satirist (e.g. Jon Stewart, Sacha Baron-Cohen in roles like Borat and Bruno, Steven Colbert, etc.) The Jester differs from the Clown archetype (which is within the domain of The Fool, in my opinion) precisely because of the manipulation factor: Clowns exist to entertain or distract, but Magician provocateurs have a “change” agenda.

Tricksters were often called "Trickster gods" or “messenger gods”; several examples that come to mind are Loki, Blue Jay, Reynard the Fox, Eshu, Coyote—even Hermes (Hermes is the Greek version of Mercury; thus, it's connected to communication, too). The Trickster mythos and archetype is utterly fascinating. Tricksters bring chaos, sow discord and disrupt harmony. However, they are not "evil" (as in the myth of Satan from Christianity). In fact, many traditions consider the Trickster a divine messenger; by disrupting order--"shaking things up", as it were--veils were pierced and curtains lifted, allowing truth to be revealed. 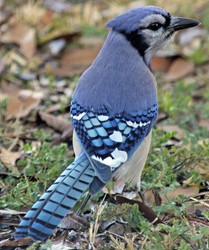 In fact, it's said that the colors of the blue jay symbolize this connection between the Divine and humanity through trickster behavior: blue for the heavens/divinity, black for the earth/humanity and white for the wisdom that joins them via the lessons of the Trickster. By clearing obstacles and opening up channels of communication, Trickster energy shifts paradigms, which births illumination, enlightenment and even healing (some Trickster-gods were also healers). In fact, the Caduceus (winged serpent on a wand held by Hermes) symbolizes healing and medicine to this day. Trickster energy also brings chaos to order, provoking new cycles of change (whether individuals want it or not!). 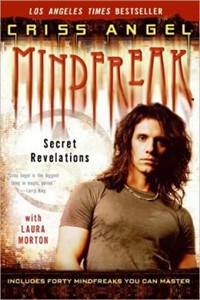 Wizard/Illusionist - The term "wiz kid" or "wizard" denotes someone who is adept in a particular trade, skill or predisposition. Savants are "wizzes" at math, music or other disciplines. Magicians have the ability to juggle and pull off multiple feats with aplomb. Metaphorically, those who can multi-task with ease and meld various interests/ideas into something new (like inventors, entrepreneurs, writers and artists) are Magicians. "Renaissance Souls" and polymaths like Da Vinci would be this type of Magician, as would Steve Jobs (Apple) and Jeff Bezos (Amazon.com). Pixar, the movie company that produced the first CGI movie in 1995 (Toy Story), embodies the Magician archetype, as well, both in terms of skill and the result.  An offshoot of the Wizard is the Illusionist, who pretends to perform the miraculous, but is in fact "fooling" the audience with sleight of hand and "smoke and mirrors"—with the audience’s consent (and delight). In some manifestations, such as illusionist extraordinaire Criss Angel's feats, the results are awe-inspiring and mind-boggling (but nevertheless able to be explained). 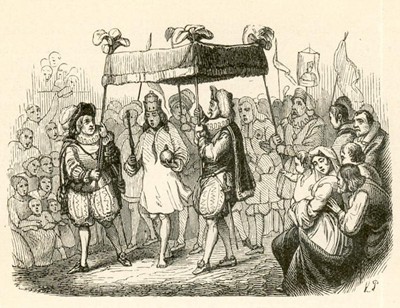 Some Illusionists merely use the power of their words and peer pressure to perform their trickery; for example, in the fairytale The Emperor's New Clothes, the shyster tailors pretend to weave clothing of the finest fabric, declaring that only stupid people cannot see their fine work. Of course, no one wants to appear "stupid", so they deny what they see (nothing) and agree that the emperor’s garb is the finest they’ve ever seen. It takes a clear-eyed child (The Fool) to speak the truth ("the emperor has no clothes!"), much to the horror of everyone. The Fool has not yet been sullied with peer pressure, societal expectations or ingrained mores, and is thus able to evaporate the gossamer lies of the shadow Magician.

As you can see, the Magician archetype is rich in lore and pop culture relevancy! So the next time you encounter this pattern in one of its permutations, consider the manner, the motive and the expression in order to mine this multifaceted archetype for its powerful lessons and insights.