I am extremely pleased and honored to have Hugh Howey on my blog today! 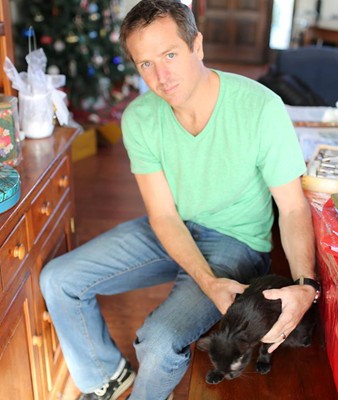 In case you've been living under a rock, Hugh Howey is the self-publishing sensation and inspiration between the sci-fi book Wool. I'm happy to say that I was one of those readers who bought installments of the Wool series while it was becoming a smash hit.

And, it was very cool to see Hugh on the cover of the May/June 2013 issue of Writer's Digest magazine, too!

Hugh was kind enough to take some time to answer my nosy questions about his writer quirks (yes, he has them!), as well as advice to his fellow scribes. Take it away, Hugh!

The quirkiest thing I do as a writer is probably the programs I use and my crazy workflow. Two years ago, I started using Pages for my writing, and I fell in love with the all-black screen with just my word count and page number on the bottom. Once I got used to writing like this, I couldn't switch to anything else. I tried Word's fullscreen mode, but it could no longer cut it. I tried Scrivener, and that didn't work. Which leaves me writing in a program the developer has stopped supporting and which exports abysmally into every file format imaginable. 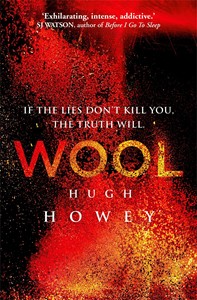 In order to get an e-book out of my Pages document, I used to copy and paste the entire thing into notepad to remove the formatting, and then paste it into Word. And then go through and re-italicize every word that needed it. A major pain. I eventually found I could export to an .rtf and have a pro format the e-book for me. I'm sure there are a dozen other solutions, but I never found any that worked.

Is that too geeky and technical a quirk?

I also write in my underwear a lot, but I imagine that's quite normal. The only other weird stuff I do are the things I stick in my rough drafts. I write BOOKMARK anywhere that I leave off and need to come back and write more. This makes it annoying when I use the actual word "bookmark" in a story, and have to sort through these to find my space. I also type XXX anywhere that I forget a proper noun, like a name or place that I'll need to fact-check later. I've sent rough drafts to my wife and mom with these weird notes to myself. They probably just assume I'm off my rocker. 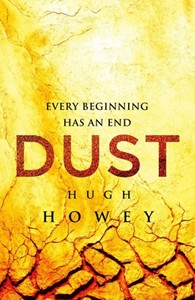 Thank you so much for spending some of your valuable time with us, Hugh! Best wishes for your continued success--and thanks for being such an inspiration to fellow writers, as well as a hugely entertaining author.

You can visit Hugh online at his brand-spanking new website, HughHowey.com.

Dust, Hugh's latest installment in the Silo Saga, descends upon the world August 17, 2013.