Talking Tarot on Coast to Coast AM

Guys! Guess what? The national radio show Coast to Coast AM called and asked me to be a guest to talk Tarot!

UPDATE: You can listen to me on C2C on DropBox at this link. 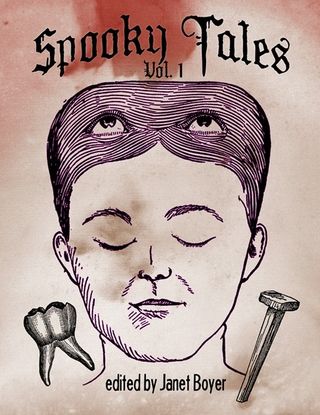 Have you filled up on spooky stories yet in time for Halloween? If not, I created, edited (and contributed) to Spooky Tales Volume 1. The neat thing is that all five of us (including Mr. Ron!) wrote a story using the SAME 5 words: Tooth, Rust, Cope, Whippersnapper and Ghost. Get it on Kindle for only $1.99 at this link.

As an editor, it's a fascinating process to read different stories--all required to use the same five words--and watch how each author decides to use those words. It would be easy--lazy, really--to just toss in the mandatory words as one would throw parsley on top of spaghetti as a decorative afterthought.

From Craig Conley taking amusing liberties with the word whippersnapper in his tale "The Toothsayer" to Jennifer Wheeler's stomach-turning placement of tooth in "A Bird Named Murder", each of these authors offer considered and surprising uses for the five required words.

They read like meat, not like garnish. Something you can sink your tooth into, so to speak.

Speaking of meat, wait until you read about the delicious "meatcakes" in Ron Boyer's "The Discovery"...

Well, I'm getting ahead of myself! As you can see, I'm very excited to present these five short stories to you--five entertaining reads that will leave you feeling off-kilter and, hopefully, spooked enough to want more from these talented writers.

Three years ago, I created a Halloween Tarot Spread. I thought it would be neat to set it to video along with music. I hope you enjoy it! (It can be used with Tarot cards, oracle decks or runes). 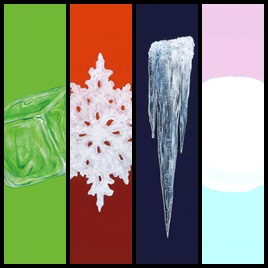 Well hi! If you've read this blog or have followed my work for any length of time, you know about our Snowland Deck and its special 4-card significator system that I call "Soul GPS". You can read a post about it here, which shows all four cards, gives instructions on how how to use the system and provides key words and emotional states for intuitive readings for yourself or others.

I have seven sets of these four special Snowland Significator Cards, with seven more sets on the way.

I had the idea to offer these cards separately for several reasons:

1. It's a system unto itself
2. They can be used with any deck
3. You get to keep all 78 cards in your reading (should you prefer to use significators)
4.  You get to try out the look and feel of our Snowland Deck

Once again, the GPS Significator system works! This time I randomly drew the Snowflake.   My last reading I was an Icicle.   Both times that I've done readings for myself with this deck, the significators have been accurate!

Note: Although I designed the system for conscious use, some are choosing random selection--with excellent results for both.

The price for the four special Snowland Significator Cards is $9.95 anywhere in the contiguous U.S. and $14.95 elsewhere.

Would you like the full 83-card deck in time for the winter holidays? Visit SnowlandDeck.com for more information (the price has been drastically reduced--and includes a hand-sewn bag available in three different fabrics handpicked by yours truly).

In the meantime, enjoy this video of our cards!