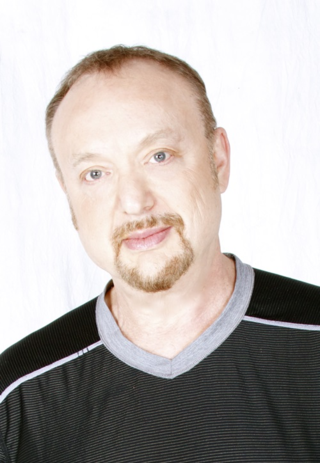 What’s your favorite breakfast food? I am an omelette specialist and our most recent favorite is my "Cowgirl Omelette," which uses organic Cowgirl cheese from Petaluma, CA, and Calamatta olives and a bit of feta cheese. It's heavenly!

Book you’d like to give everyone (or wish they would read)? My QUANTUM AFFIRMATIONS. If everyone stranded on a desert island had a copy they would learn how to move into the probable quantum future where their rescue or happy life on that island was their reality. I wrote it because I wanted to find out how I had succeeded at the game of life and, to my surprise, there was a method to my madness and QUANTUM AFFIRMATIONS is that method!

What makes you laugh? Amy and Zane make me laugh more than anything; laughter is a big part of "delightful" and "love."

Song that never gets old: So many; I used to make my living as a performing singer/songwriter. Today, when I asked for just one by someone else I heard "Stand Back" by Stevie Nicks; she's amazing and the song is a powerhouse. I've written books where I just listen to one album over and over as I write, "Mystere" by Cirque Du Soleil being one of them. My favorite song written by me is "That's My High," written about Amy.

Drink of choice: Emergen-C tangerine for joint health; love it!

Mountain, beach, desert or forest? Based on where I've lived for the past several decades, forest with a beach nearby.

Best movie line: "You make me want to be a better man" from "As Good as it Gets." Close second, Tom Hanks, who I know from our time working together on "The Money Pit": "You're my girl, Ginny," from "Forest Gump." Third is "You can't handle the truth!" another Jack Nicholson line, from "A Few Good Men."

Last thing you splurged on? I don't think of making me, Amy, Zane or anyone happy as "splurging." I do believe if you have to ask how much something costs you cannot afford it. Latest purchase was a huge rolling workbench with drawers, I'm organizing my many tool chests and our basement, a Herculian task if there ever was one. I'm handy & like to fix things so I have carpentry, electrical, plumbing, telephone and other cases that are bursting at the seems!

Bonus Q: Your best quality: My sense of humor.

About Monte Farber: Monte Farber was born in Brooklyn, NY. He studied comparative religion and became interested in astrology in 1974 when he met his future wife and artistic collaborator, Amy Zerner. "Amy was studying astrology and I was studying Amy, so I learned astrology! It became our language of love." Farber's desire to make astrology understood and accessible to a broad audience led him to devise "Karma Cards: A Guide to Your Future through Astrology," having sold over 200,000 copies in twelve languages. Farber and Zerner went on to create books, book/card sets, and unique kits that also made other esoteric systems accessible, such as the tarot, alchemy, The Goddess, talking boards, meditation, shamanism, psychic development, and relationships. Farber is now the world's foremost creator of interactive personal guidance systems.

Monte has over two million copies of his 40 books, divination systems, and Meditation DVDs and CDs published around the world in fourteen languages by Sterling, St. Martin's Press, Simon & Schuster, Penguin Books, Chronicle Books, HarperCollins, Tuttle Publishing, U.S. Games, and other prominent publishers. In 2006 Monte inked a deal with Sterling Publishing to publish exclusive titles that are distributed by Barnes and Noble nationwide, leading to his own shelves in every Barnes & Noble store. His best selling evergreen titles include Astrology Gems, The Tarot Discovery Kit, Chakra Meditation Kit, Karma Cards, The Enchanted Tarot, The Psychic Circle, Goddess Guide Me!, The Truth Fairy Pendulum Kit, The Soulmate Path, The Healing Deck, and The Instant Tarot Reader.

Before his career as an astrologer, author, psychic, and spiritual businessman, Monte worked as a Location Manager in the film business developing his first interactive creations and trying them out on actors such as Tom Hanks, Michael J. Fox, Shelly Long, and Lord Richard Attenborough.

An essential characteristic of Monte's creative approach to living is his childlike sense of wonder, playful fun, and adventure. He is uniquely qualified to teach the creative approach not only to those interested in the creative arts, but to all who want to access and use their innate creativity to enjoy their life more and do their job better. To Monte, spirituality and creativity are, essentially the same thing. Understanding either of them requires the knowledge that unseen forces and ideas both within us and without us create, to a large extent, our experience of reality.