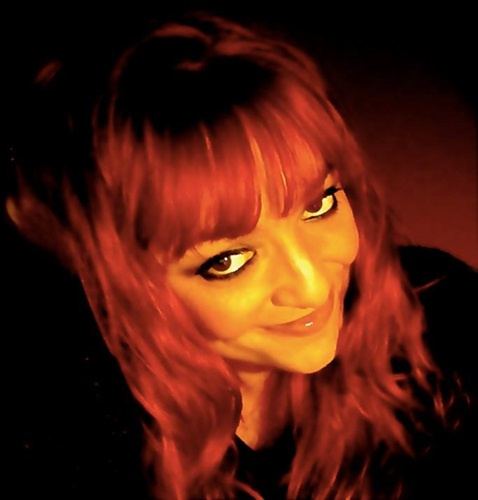 Book you’d like to give everyone (or wish they would read)? So tempted to say mine! But otherwise Journey of Souls by Michael Newton

What makes you laugh? My husband doing his weird wacky stuff at home—just being him. I keep teasing him I'm aiming for a show like the Osbournes!

Song that never gets old: Oh so many… But “Nights in White Satin” comes to mind...

Would you rather be hot or cold? Oh hot—definitely hot. You are speaking to a fire snake Leo who has just dyed her mane bright red to keep me feeling warm this winter!

Best movie line: Oh dear I am so not good at questions like that. Is that a movie line?

Last thing you splurged on? My hair.

Bonus Q: Favorite moment of last year: It's a toss up between being presented with an award for by book at an evening ceremony, and the first of my regular appearances on TV.

Tiffany Crosara was four years of age when she remembers the beginning of her psychic journey, three things happened to her ...

1) She painted a picture that her mum had painted - that she had never seen. 2) She laid eyes on the Tarot for the first time ever. 3) She had an experience with physical mediumship.

Growing up in the country as an only child in a single parent household, childhood was a solitary experience filled with only 'super-natural" experiences for company. She comes from a background of spiritual healers, trance mediums and general psychics. The information was around her from the age of four - although in a way that was also covered up. This meant Tiffany learnt a lot the hard way, through her own confusions, "mistakes" and experiences. This culminated when she was nineteen and pregnant, she saw in the Tarot that she was to lose the child. She turned her back on the Tarot, believing that if she ignored it, it wouldn't happen.

Tiffany experienced loss from an early age, but from the age of twenty Tiffany began to experience loss on a whole new level. By the time she was twenty two she experienced the loss of her four month old daughter, her father figure and experienced her first divorce. Although these experiences marked the beginning of her spiritual quest, she also became housebound with illness from the amount of stress she had been through. Today she remains grateful that she found Reiki, or that Reiki found her, which was the beginning of a deeply profound healing journey for her.

People began asking her to read for them, at first she resisted. But as the requests continued, she began to wonder if part of her path was to help people learn how to work with the rhythms in their lives, ride the waves, rather than fear them, and she began years of spiritual and psychic study. At the ege of twenty -five Tiffany opened her very own holistic centre and started professionally practicing readings, healings and she began teaching the psychic arts.

At the age of twenty-eight Tiffany went through more spiritual initiations, losing more loved ones and spontaniously remembering past lives. Recognising the people within them. This was a deeply traumatic catalyst, which culminated in her closing her centre, her long term relationship, and making herself homeless all in the space of a week! Tiffany had sat on the fence when it came to the philosophy of past lives, but not after that experience. In fact that was the experience which led her to train in Past Life Regression Therapy.

Four months later Tiffany met her husband, and a life where she felt truly, deeply loved began. Their first date was the first day she began working as a psychic at Mysteries in Covent Garden. Seven years on and Tiffany is still happily married and working at Mysteries, even though she had a repeat cycle of the above paragraph in 2012 (seven year cycles). Another deep catalytic journey, full yet again of spontaneous past life remembrances, and two losses in one month. 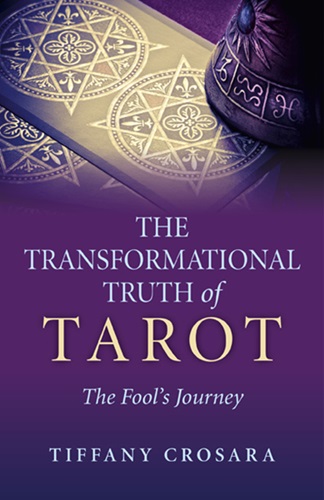 At the same time Tiffany was propelled into the public eye, appearing alongside the likes of Rachel Pollack, Emily Carding, Sasha Fenton, Diana Cooper, Sonia Choquette, Judy Hall and Stewart Pearce. Her first book The Transformational Truth of Tarot was published by Dodona Books, and won an award for best spiritual book of 2012. She began appearing at Tarot conferences, writing for magazines and doing readings live on TV. Tiffany is also a co-author of the book Tarot Masters published by Hay House in November 2013. Tiffany has currently been nominated as a finalist in the Psychic Awards 2013.

Tiffany lives, breathes and embodies her path knowing that we are all on it, and all doing our best. None of us are perfect, or we wouldn't be here. She believes that being real and open is the only way she can help ohers with self acceptance. She understands the importance of honouring the rhythms of life, and validating the imagination. The amount of synchronicity she experiences is phenomenal, and most people that work with her begin to see an increase of these magical qualities in their own lives. Visit Tiffany online at TiffanyCrosara.com.