A Mantle of Stars: A Devotional for the Queen of Heaven 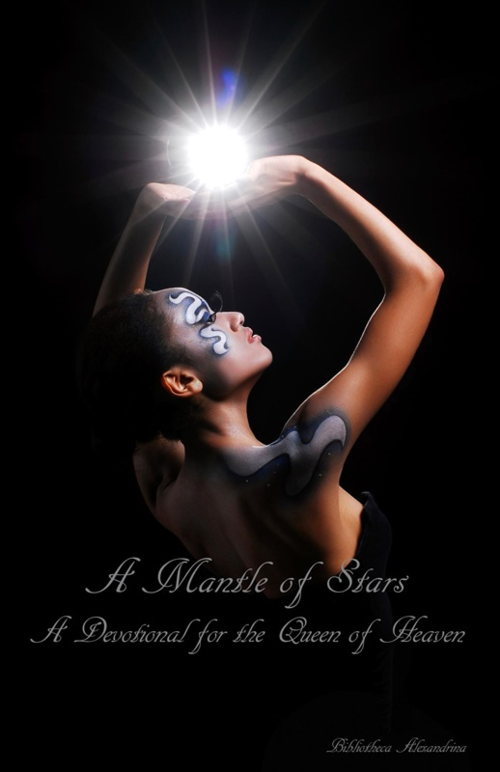 I have an essay in a new anthology called A Mantle of Stars: A Devotional for the Queen of Heaven, and Ron's paintings of Lucia and Hulda are in there, too. It's published by Neos Alexandria/Bibliotheca Alexandrina, and edited by Jen McConnel. You can get it on Amazon at this link. (I just ordered four, and will be giving one away on my blog sometime in January.) Here's a summary:

Peel back the layers that comprise the Queen of Heaven. She is Mother Mary weeping at the cross, and Hathor dancing in the sky. She is Freyja with her wild eyes, and Frigg with her open arms. She is Yemaya, keeper of the sea; compassionate Kuan Yin; and she is winged Isis. Her starry body stretches across the sky in the guise of Nut, and she is Saraswati’s gentle song. She is Juno, and Hera, and Tanit, and a thousand forgotten names, and she is Inanna, descending to the underworld to be reborn.

The voices in this anthology are as diverse as the different goddesses who have claimed the title Queen of Heaven, but each sparkles like the stars in Our Lady’s mantle.

My essay is called "Queen of Swords, Queen of Heaven". 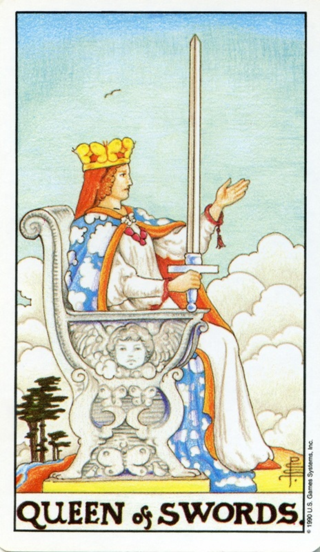 Below is an excerpt:

When it comes to the Tarot, authors spill the most ink on the 22 Major Arcana cards. The 40 Minor Arcana cards—Aces through Tens—are lucky to get a handful of keywords ascribed to them. Getting the shortest shrift of all are the 16 Court Cards, often relegated to assignations of mere age, gender, eye color, hair hue and elemental Zodiac group.

Many authors explain such emphasis on the Majors for archetypal reasons. They maintain only the Fool through the World reflects the universal “big” picture themes within Tarot. In fact, according to some, the Majors should be more heavily “weighted” in a reading—overshadowing the messages of the number cards (Minors) and face cards (Courts). Minor Arcana cards signify “just” daily minutia, while the Courts represent individuals weaving in and out of our lives.

Allow me to disagree with my colleagues by saying that every card in the Tarot—all 78 images—reflect archetypal motifs found in myth, folklore, religion, literature and song, spanning every era and culture.

This brings me to the theme of this anthology: the Queen of Heaven.

Of all the cards in the Tarot, the one that best embodies this theme (in my estimation) is a Court Card—the Queen of Swords.

Can't wait to read what the other contributors have written for the A Mantle of Stars: A Devotional for the Queen of Heaven!