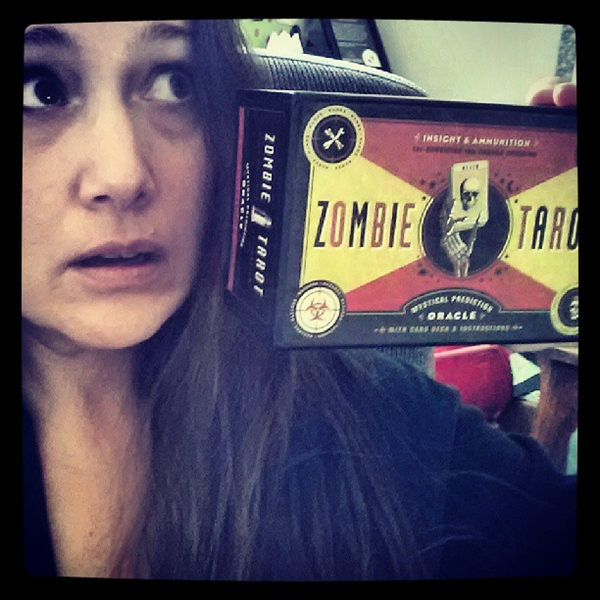 What’s your favorite breakfast food? I’m old school: oatmeal with cream and fresh berries, and coffee with cream. If I go really wild, I’ll switch it out to grits. Hold me back, Janet, hold me back.

Book you’d like to give everyone (or wish they would read)? The Haunting of Hill House by Shirley Jackson. Her use of language is the perfect mix of suspense and horror. I read it at least once a year as a brush-up on how to write the quintessential haunted house book.

What makes you laugh? Puns. It’s ridiculous, really, but I love a really bad joke.

Song that never gets old: "I’ve Got You Under My Skin" by Sinatra. I’m a huge jazz fan and nothing gets me hoppin’ more than Sinatra.

Would you rather be hot or cold? Hot. Never ever cold; too many flashbacks to the Donner Party lectures during college.

Mountain, beach, desert or forest? I’ve lived in a mountain or forest setting for most of my life, so let’s try the beach. Lakeside would be ever better.

Best movie line: “I’m very important. I have many leather-bound books and my apartment smells of rich mahogany.” — Ron Burgundy. Or, “I love lamp.” – Brick Tamland. I see a trend here.

Last thing you splurged on? I am a notorious cheapskate, but my last splurge would be a Jack Johnson concert for the family.

Bonus Q: Creepiest story or personal encounter? I was lucky enough to be invited to a writer’s retreat in the San Francisco Bay Area a few years ago and write about the experience in Haunted Stuff. The retreat was tucked away in the foothills and had a reputation of being very haunted – I couldn’t wait. The weekend went quickly, and aside from encountering a mustachioed man on the staircase my first morning, I didn’t see or hear much.

Until the last dawn.

I was up early and working on a short story when I heard the staff downstairs moving furniture in the dining room before the rest of us awoke. Tables and chairs were crashing against each other, glassware broke, and I couldn’t imagine what was taking them so long to move things since I hadn’t heard them doing it on the previous mornings. Ninety minutes later, I crept from my room to sneak downstairs and see what was going on. By chance, I met my friend in our shared hallway and asked if he had heard the same noises. He said he hadn’t – he had been woken by hearing women whispering in his room. We went downstairs slowly, trying to see if anything had been disturbed, and opened the curtained doors to the dining area. Not a table was out of place from the night before, no glassware was shattered, nor staff visible. They hadn’t arrived yet.

About Stacey: Stacey is the brains behind the Zombie Tarot and a freelance editor. Her latest book, Haunted Stuff: Demonic Dolls, Screaming Skulls, and Other Creepy Collectibles goes rogue August 8th from Llewellyn Publishing, followed by The Boxcar Children Guide to Adventure: A How-To for Mystery Solving, Make-It-Yourself Projects, and More to be released on September 1, 2014 from Albert Whitman & Company. Please visit her website, blog, on Twitter, and Facebook where she’ll probably join you in a shimmy.