More Noah at the Piano

People fall in love with Mr. Noah pretty easily. He's the sweetest guy. Oh, and he happens to be our 16 year old son (who is also our best friend)! 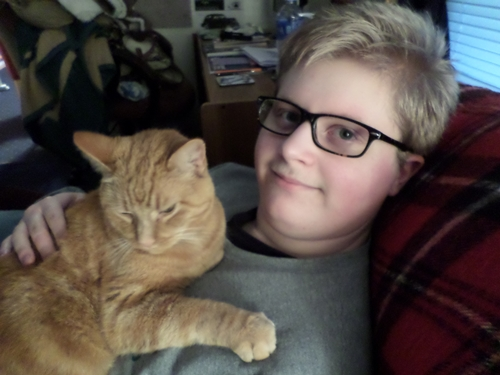 Noah with his fur brother, Stewart

He's updated his original composition "Rhapsody in C Diminished", re-naming it "Retro-Style Futurism", speeding up the tempo and changing the ending:

He's also put his own spin on Wagner's "Ride of the Valkyries":

Noah has only been playing piano for a little over a year, with only a few months of formal lessons (that he stopped this Spring). He learns mostly from piano books, but can pick some stuff up by ear (like Eiffel 65's "Race from Outer Space"). I give him assignments to work on, and of course he does his scales every day (I've homeschooled him since he weas 6).