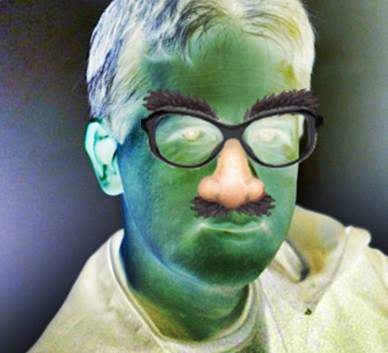 Many in the Tarot community know what a litigious megalomaniac Marcus Katz is (he's the founder of Tarot Professionals, Tarosophy by Marcus Katz, Tarosophy Tarot Conventions Worldwide, etc.). I just got this email from the head of a Tarot Association in Portugal (used with permission):

Last May we founded a Portuguese tarot association to bring a healthy vision of tarot to the main public. Portugal is, unfortunately, a country where tarot is mainly used to frighten, scare, control and steal from those that search for some help and guidance.

We decided to go for a word used by Spanish Rosicrucian 17th century books: tarosofia. This Tarot study with a philosophic approach was a good sum of what we wanted to give the public, however a couple of days later the man in the subject sent us an obnoxious threat naming himself as owner of the English word "tarosophy", thus the owner of all translations.

We are not a dumb unprepared group so we had our lawyer take proper answer to the 'name' usurper.

When the 'Katz' noticed he could not control our existence as he probably
thinks he does with other tarot associations, he paid a 'rat' to create another Portuguese association that is constantly attacking, copying and bullying us and our students (to their dismay not working much).

We send this email after we read and took notice of prior threatening and terrorism activities of this person towards your work. Mainly we just want you to know that, as small as we may be, we sympathize and understand what this infamous author does to the freedom of speech and of tarot. Concluding, do accept our 'home' as yours and keep up the good work on tarot study and on fighting the bullies.

For additional listening enlightenment: Click here. Also: Read this and this. 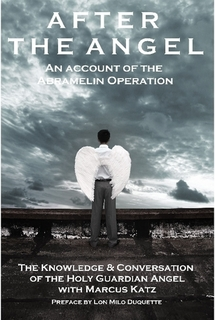 Also, Marcus Katz brags about doing "The Abramelin Operation", as chronicled his experience in his book After the Angel. Description:

Is it possible to gain the knowledge and conversation of your Holy Guardian Angel?

The Abramelin Operation, a mysterious 14th century manuscript, promises nothing less than to give the successful practitioner of its instructions the knowledge and conversation of their personal Holy Guardian Angel. Following a six-month ordeal of intense practices, the ritual is also said to give the Operant magical powers, control of demonic forces and the use of the infamous magical squares and talismans whose abuse would otherwise cause insanity or dire spiritual consequences.

In this landmark publishing event of the western esoteric tradition, the inner workings of its most profound and demanding spiritual ritual are fully revealed. Join modern magician Marcus Katz in a timeless journey to complete the 177 days of intense magick whilst living within a contemporary life.

In 2004, after thirty years of preparation, the author performed this working whilst maintaining a full daily journal. Within the course of six months, it would utterly change his life, his home, his career, and his family. It would produce miraculous events that took a further seven years to comprehend. It would turn reality inside out and reveal great mysteries of the divine world and our place within the Universe.

Only one other journal of this type has ever been widely published. Now, after almost forty years, After the Angel brings the Operation directly to a modern readership. This complete journal, packed with unique reference boxes, commentaries, footnotes and reading lists explaining key terms of the western esoteric and spiritual path, will take you on an unparalleled journey into the very heart of western magick and spirituality.

Most people wonder what it would be like to contact their Angel. In this incredible document you will be taken to that moment and far beyond … after the Angel.

And what IS Abramelin Magic? It influenced both Crowley and Mathers. The core of those "infamous magic squares"?

To excite every Description of Hatred and Enmity, Discords, Quarrels, Contentions, Combats, Battles, Loss, and Damage.

More about Abramelin Magic at Satan's Heaven (I kid you not). This book has been out since 2011--and has the enthusiastic endorsement of Rachel Pollack and Lon Milo DuQuette.

For those that had eyes to see, it's always been there...

The question remains: what are you going to do about i?

I don't know if the picture you used is reference to Hitler or Groucho Marx or what...Could you explain?

It's a picture of a cartoonized Marcus Katz. :o)