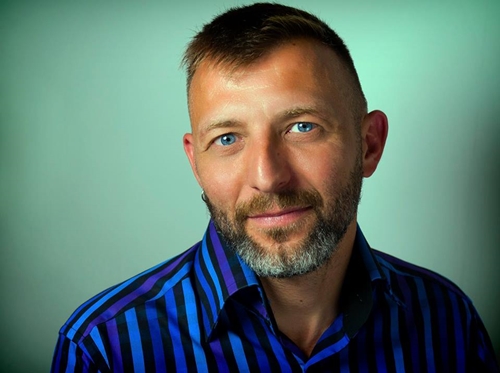 What’s your favorite breakfast food? Pancakes with Nutella, marmalade and a dollop of greek yoghurt, but most of the time it’s muesli.

Book you’d like to give everyone (or wish they would read)? The Other Wind by Ursula K. LeGuin or any of her Earthsea books.

What makes you laugh? Being silly for the sake of it. Most people are far too serious.

Song that never gets old:  Too many to chose from.

Would you rather be hot or cold? That’s a tricky one, as I prefer temperatures more in the middle region. I will say hot, as long as I don’t have to work.

Mountain, beach, desert, or forest? It has to be forest. I just love trees and and the smell when you have a walk in the forest.

Best movie line: Not a big movie watcher, but “No,I’m your father” from Star Wars springs to mind.

Last thing you splurged on? A couple of board games. Have rediscovered my love for playing them with a few friends of mine.

Bonus Q: What is your favorite Tarot card...and why? Temperance. It has been my favourite from the start. First it was just the image, but the more I learned about Temperance the more I realised there are some connections for me. Trying to find a balance in life and helping others to achieve it too.

I use a spread inspired by the Temperance Card in most readings to see which part in someones life needs balancing and how to achieve this.

Johannes grew up in a little village in the Black Forest, Germany and now lives, after some moving around, in Brighton, England. Johannes became interested in Tarot in his early teens and bought his first deck of Tarot cards when he was 15. Since then he has been learning and always discovers something new in the cards.

Tarot is not his only passion. Gardening and growing things have been playing a big role since an early age too. Both keep him busy and his pockets full.

After trying out various other forms of divination, Johannes has created his own Oracle Cards and is currently writing the book to accompany it.