Mistrust of Gifts and Compliments

What a lovely, heartfelt Instagram post by my friend and Tarot colleague Amanda Donnelly (who drew our Snowland Deck's Director Emoting card today). She's a gem. (And, obviously, a great photographer, too!)

Although Christmas is either far in the past or far in the future, depending how you look at it, Father Christmas has made an appearance today as I pulled the Snowland Deck out to enjoy with my Colorado blizzard.

I have an awkward relationship with receiving gifts and compliments, although I love to give both. It may be a side effect of having too many "gifts" come with strings attached, or it could just be an extra dose of ego in that area. Sometimes I see receiving gifts as creating a power discrepancy, and I hate being beholden to anyone.

A few weeks ago, I prayed an earnest prayer that God would make me a better person. That is a work in progress and part of my healing and growth comes from recognizing unhealthy and unworthy thinking patterns. Mistrust of gifts and compliments is one that I need to work on. Of course there will be people who give them with ulterior motives, but I would not want to hurt even one genuine person in order to protect myself from a hundred disingenuous people. Besides, I'm smart enough to know the difference now, and if I fail, I'm strong enough to keep moving.

Thanks heaps for sharing, Amanda. You're a shining example of the King of Cups. (Visit Amanda on her Facebook page 78 Whispers at this link).

Thoughts on Being a Tarot Critic 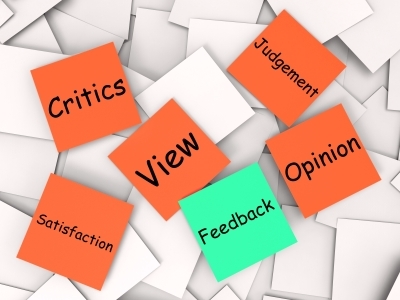 When I first started reviewing back in 2000, I did so because I was frustrated that the reviews on Aeclectic Tarot (the only deck review site at the time), and Amazon.com, only featured glowing reviews of Tarot decks. And, when AT posted sample images, it was only the prettiest cards--all Majors, if it happened to be a TdM (or pips-only) style deck.

See, I live in a very rural area. We don't have New Age bookstores around here. The closest Barnes and Noble, at the time, was an hour away. Our local Walden Books, which turned into Borders--then, bust--didn't carry Tarot decks. So, I got all my Tarot decks from Amazon.

Imagine my disappointment and frustration to spend our hard-earned money on decks, only to have the cards and images NOT live up to the hype! Back then, there wasn't Tarot bloggers doing "deck interviews" or posting card samples or basically doing a publisher's work for them--sometimes, paid by the publisher--like there is now.

But I'm also a passionate promoter of things I love, which is why I did my New Age New Releases page for 5+ solid years (the early years were especially time consuming because I uploaded each cover, title and link by hand). I then switched to just putting in the product boxes, but that still took time. Alas, all my hard work has been erased by Amazon because of them reconfiguring their Associate Links, but you can see all the pages listed here on my site.

I was passionate and blunt. For many years. My sole goals were to:

Fast forward to 2008, when my first book, Back in Time Tarot comes out. Up until then, I was lauded as one of the only honest Tarot reviewers out there. In fact, I'm one of only 134 reviewers in the world with the title Amazon.com Hall of Fame Reviewer. You earn that distinction by being in the Top 10 Reviewers for an ENTIRE year (at least--I was on there for two: 2008 and 2009). 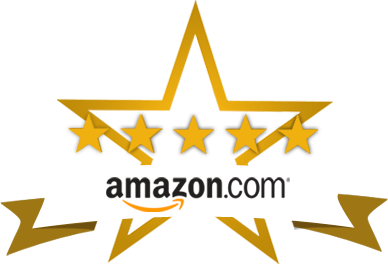 Know how I got there? By posting 1,240 thoughtful, time-consuming reviews spanning 15 years--and receiving 35,060 helpful votes from Amazon.com customers (at this writing). I have never, ever been paid for my reviews (although some have offered). It's my understanding that some of the Tarot reviewers now are being paid off by the publisher as an informal shill machine.

Which is why I remained in the game--despite the fact that some in the Tarot world started to turn on me after my first book was released.

Why did they turn on me? Apparently, I violated some unspoken Tarot rule that, once you became published, you have no business reviewing your peers. (I know, total  horseshit--I mean, who else is MORE qualified to write a comprehensive, intelligent review, right?)

Year after year, the harassment got worse and worse. I started getting stalked. Nasty Facebook slander about me was spread. 1-Star "reviews" of my titles started appearing on Amazon. A chirpy, shallow, devious ditz started talking shit about me--attacking me on my own blog, on a very personal post on Autism (that effectively shut my mouth about publicly chronicling my process being the Mom of a son on the spectrum). I mean, who needs that kind of shit when you're life seems like it's falling apart at such a diagnosis, right?

So I wrote a short story to vent my frustration at all the Tarot BS I was seeing and, to my utter surprise, the ditz started a sugar-coated, whiny-victim attack on me that snowballed into a full-blown boycott of my books or work. More stalkers came out of the woodwork. Never mind that I apologized within days of posting the story (that I promptly removed from Amazon.com). 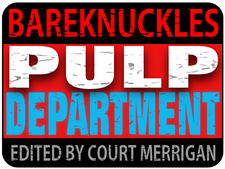 Two years later, in 2013, nothing much changed in the Tarot world (except for more harassment, slander, blackballing and 1-Star reviews)--so I submitted my story to Bareknuckles Pulp magazine. They snatched it right up for publication. (You can read it here. I never hid the fact that I wrote it. (And, it was an on-the-fly story written from a writing prompt in a one hour sitting.)

Étrange mélange de lumière et l'obscurité. People couldn't seem to wrap their heads around the fact that this bubbly, enthusiastic gal (albeit, with a sharp tongue) could write so "dark". In my opinion, a lot of this backlash was downright sexist. I mean, can you see a guy getting the kind of reaction I did? (If you're in the dark, don't worry--you missed a lot of ugly shit...and it's good you did! It sucked!)

But the story doesn't suck. In fact, I received a lot of private kudos on it. Private, because, well, if you're in the "Tarot community" (or, in my case, on the outside of it)--and you dare support someone blacklisted...

And it's ironic, because these same people support "twisted" Tarot decks (some, outright horrifying or raunchy)--or advocate "writing raw" or "being yourself".

Except, when it hits too close too (Tarot community) home. 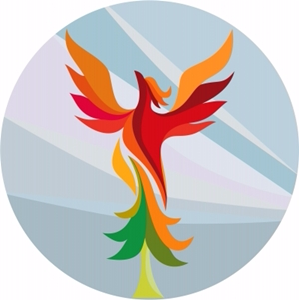 Did all the rejection, slander and vigilante retribution "reviews" take a toll? Yeah, but I didn't really feel its effects until I finally let my guard down two years ago or so--and stopped trying to "prove" that people "got me all wrong"...and that I was still The Phoenix, ready to come back bigger and badder than ever.

I won't bore you with the details, because if you're like me, you detest whiners. Suffice it to say that involved severe writer's block (something I thought was utter BS...until it happened to me) and deep existential questioning of what it means to create--and be a creator. (I started Creo.Life in the hopes of reviving my wilted, disillusioned, tired soul. I hope to get back to it soon. Maybe you'll join me there, too?). And post comments--here, and/or there. So I know you're reading.

But what really spurred this post was watching the artist video of the newly-launched Tarot Carnival deck.

What soulful artists--painting such lovely work.

I would never want to discourage any such soul. And, indeed, my intent as a critic was never to discourage anyone from writing or making art. It was, instead--in true Queen of Swords + Queen of Wands form--the intent to raise the bar of excellence in words and imagery...as well as the transparency and authenticity of Tarot works.

I never claimed to speak for anyone but myself. And, as a writer, I have no problem reading negative critical reviews of my work (critical = well reasoned). But, I'm now realizing 98% of the artists and writers out there are just too fragile to realize that a critic's opinion is like an asshole (we all have one--even if it's a Hall of Fame one)--and that it's truly NOT personal. (Believe me, if I actually negatively reviewed every Tarot book and deck I loathe, there'd be blood everywhere...probably mine!) 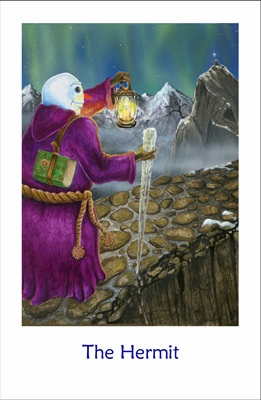 Hermit from the Snowland Deck

So, I've pretty much retired from reviewing because stalkers, babies and shill/paid reviewers have taken the fun out of sharing what I like--and don't.

The Phoenix has gotten her mojo back. Finally. And yeah, I'm coming back bigger and badder (just wait until my 85,000+ word Naked Tarot comes out this summer).

But I'll save et l'obscurité part of me for my books and short stories.

On this blog, and Creo.Life, I'll strive to inspire fellow creatives and champion art/artists that resonates.

Because arting is a lonely road, fraught with all sorts of dangers...

P.S. The Hermit pictured at right is from the Snowland Deck I co-created with my artist husband, Ron. Please visit SnowlandDeck.com to see more images or snag your own deck.

Check out their entertaining video below:

So happy to support another lovely deck from this creative, enthusiastic bunch!

You, too, can support them at their Kickstarter page here. (Only two hours into it, and they're already over $6,200!)

As I mentioned in an earlier post, my little family of creatives have a Patreon page where you can support our artistic endeavors and get exclusive goodies in the process.

One of these goodies at our Patreon home is my Tarot Look-a-Likes videos (something no one has done before--and will be the basis of a future Tarot book of mine). Below is a mini-video contrasting The Moon and 7 of Cups Tarot cards in light of the keyword CONFUSION. What makes them different--and why do some deck creators/authors give the same keyword (confusion) to them? To find out, watch below!

Want to see more exclusive videos like this? Become my Patron at http://Patreon.com/JanetBoyer We'll have a blast!