Sexism in Tarot or on Paranormal Radio Shows? You Be the Judge

So you may have already heard about my experience with Rob McConnell on X Zone Radio. If you missed it, listen here. [Note: Because of the backlash, Rob removed my interview from YouTube. Fortunately, I had the foresight to save it to DropBox before he did. That link will take you there.]

My friend and colleague Dax Carlisle told me that Rob interviewed Tarot author Paul Quinn a few days before me. The difference in tone, respect and quality of questions is marked. Listen to Rob interview Paul here.

After listening to both interviews, what do YOU think? Is there sexism surrounding the Tarot? Or with "Old Guard" Paranormal Radio Hosts?

Btw: before I went On Air, he called me "dear". Then, at the beginning of the interview, he called me "hon". A whole lot different from the "Sir" he called Paul Quinn. Some would call that benevolent sexism, but I'm not THAT petty. Still... 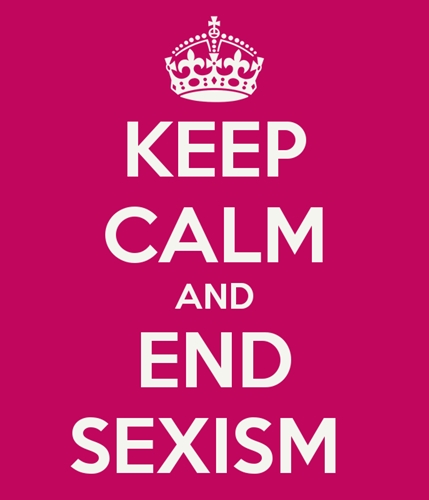 Weigh in below in the comments section!

[EDIT 2: For some bizarre reason, Rob McConnell deleted the interview--but then re-uploaded it so it has a different URL. New YouTube upload here.]

[EDIT 3: Dax just let me know that I'm now on Rob's list of X Zone Order of Woo Woos (click here to read the list). My "crime"? Daring to use Tarot as a form of counseling. Just like Paul Quinn. Who was on Rob's show before, and was treated with respect. And is not on the list. Yikes! Can't imagine how miserable McConnell must be to do this sort of thing to past guests...]

WOW!! .....I listened to Janet's interview with Rob McConnell. He was very hostile and argumentative with Janet. To listen to the interview, one instantly got the impression that Rob was biased against The Tarot ....which is "OK", many are.

To confirm my suspicions I decided to listen to another interview, with a Guest on the same topic. I expected to hear the same bias. I picked Rob's interview with Paul Quinn. Paul, like Janet, is a well-known Tarot Author.....

To my surprise, it was quite the opposite! It was as if I was listening to a completely different Host! The interviews were as opposite as night and day!

At no time was Rob argumentative with Paul. He was quite respectful and there was no hint of a hostile atmosphere. Rob even seemed genuinely interested in learning more about The Tarot, from Paul. He threw a lot of softball questions at Paul, and it seemed like a normal interview, as one would expect....

At the end of Janet's interview, Rob accuses her of "...doing counseling under the guise of being a Tarot Card Reader" (after Janet had already SAID she was more of a "Tarot Counselor") ...and further rebukes Janet, saying "....and I think it's so wrong".

Meanwhile, in Paul's interview, Paul explains that (like Janet) he is not a "fortune-teller", but rather more of a "Tarot Counselor". In fact, Rob introduces Paul, saying he is "...the author of 'Tarot for Life - Reading the Cards for Everyday Guidance & Growth'", and saying that Paul "...conducts Tarot Consultations and Classes using Tarot as a Tool to help people gain insights leading to positive changes and greater well-being".

Which is EXACTLY what Janet does, but - although I waited for it - no rebuking of Paul was forthcoming from Mr McConnell~!

Just amazing, huh? And I never bit the bait that Rob kept setting out. I stayed professional and civil. He was SO far out in left field with his questions. I was like WTF?!

Thanks so much for letting me know about Paul's interview, Dax, so I could compare and see for myself how Rob treats guests. A well-known female author in the paranormal realm (including Tarot)--seasoned with lots of radio experience and public presentations/ghost hunts/lectures--told me that Rob McConnell mistreated HER on his X Zone show, too...and that she will never, EVER return as a guest.