Experiment on Seeing the Future

A crazy experiment in intuition happened yesterday. As usual, The Boyers were trying to figure out where to go to eat for our planned outing. 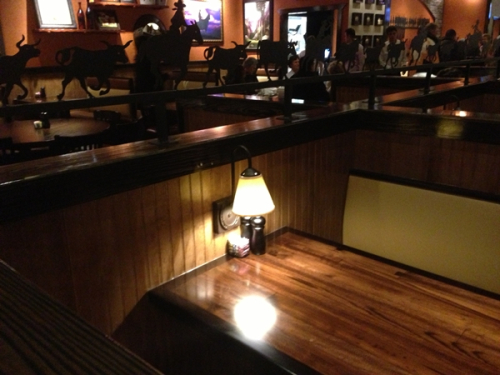 As I was putting on makeup, Ron said to me "Visualize where we'll eat. What do you see?" I said that I saw a highly polished dark wood table with yellow lighting spilling on it. Only two restaurants that we know fill that bill: LongHorn Steakhouse and Cheddar's Scratch Kitchen. Cheddar's was a no-go because their food has went downhill. Longhorn was out of the question because no one was in the mood for steak.

So we picked Cici's. Guess what? Halfway there, a sudden craving for steak (and Longhorn) hit me. I said "How about we go there?" Noah exclaims from the back seat "That would have been in my top 3 picks for restaurants!"

We go to Longhorn...and where I sat looked EXACTLY like I saw in my mind. (Ron said "OK, what numbers do you see?" HAHAHA!)

What about your, Dear Reader? Ever have an uncanny glimpse into the future?

P.S. Did you know? I have monthly Tarot Reading tiers that includes a FREE original art drawing, for as little as $5, on Patreon here.