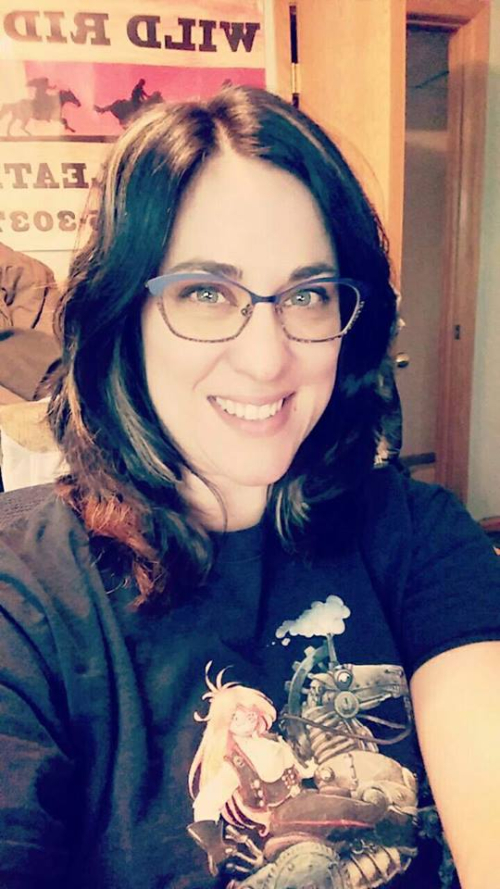 1. What’s your favorite breakfast food? That's a tough one! Breakfast is my favorite meal! If I want something sweet nothing is better than a bowl of Special K with the chocolate bits in them. If I need something that will stick with me through lunch I make a pepperoni fried egg sandwich on an English muffin. If I want to get fancy I add salsa and avocado.

2. Book you’d like to give everyone (or wish they would read)? I wish there were a complete book of mythology that would cover stories from all over the world. It's fascinating to find the similarities and appreciate the differences of each culture.

3. What makes you laugh? I don't take myself too seriously so many things can make me laugh. My top 4 things are British comedy, satire, kid humor and dark comedy. Some of my favorite TV Shows are The IT Crowd, Mad TV, Black Adder and Fawlty Towers. I also love the humor my son and his friends share. It's odd, insightful and filled with fart jokes. He's 9.

4. Song that never gets old: I've been recovering from surgery lately and my energy level has been really low. Mainly been playing a video game called Skyrim. The theme music is beautiful and I will never grow tired of listening to it.

5.Drink of choice: Morning: Coffee with Nesquick chocolate. Any other time than morning: Mexi Coke.

6. Would you rather be hot or cold? Cold. Then I get to put on a sweatshirt to warm up. I love sweatshirts.

7. Mountain, beach, desert, or forest? My preferences change as I grow older. As a kid I would say beach. It's a great place to play and discover new things. In my teens and twenty's I was all about the serenity and balance of the forest. Now, the mountains call to me. They speak of adventure of the ascent as well as the peace of the forest. I suppose when I'm a crone I'll crave the desert. It will warm my bones and whisper of lost ways of life to be rediscovered.

8. Favorite color? I don't have one but surround myself a variation of greens, blues, and purple. In the past much of my wardrobe has been purple. At least, since my son was born. Now it's shifted to aqua and royal blue.

9. Best movie line: There are so many! One that comes to mind is from the Dark Tower. Roland is in the hospital at keystone earth and the doctors are flabbergasted at his ability to move despite all his ailments. His simple response? "I'm stronger than most." Understatement of the year! I had the opportunity to repeat this line in the recovery room last week. It was about an hour after surgery and I really had to pee. The nurse fully expected me to fall on my rear when getting out of bed, the anesthesia had just worn off. Instead, I got up and walked right past her and over to the bathroom. She had to keep up with me. I turned and said in my best Idris Elba voice, "I'm stronger than most"...then snickered the rest of the way to the bathroom.

10.Last thing you splurged on? Oh let me see, I really haven't... Just kidding! I took a trip by myself this summer to the west coast to learn mounted archery. It was a 4 day weekend and one of the best times of my life.

Bonus Q: How is leatherworking similar to working with Tarot? When I'm creating something, especially something custom, I will enter the same state of mind as I do when reading tarot. It's a type of calm where everything comes together. I don't fight or try and shape what's going to happen, just follow the energy to see where it goes. I'll have a design that I've created in my conscious mind but the actual work is much more intuitive. That same intuition and calm comes over me when I read. I can see the overall meaning of the cards as they are drawn, the more I talk or write about them the clearer and more specific the message is. 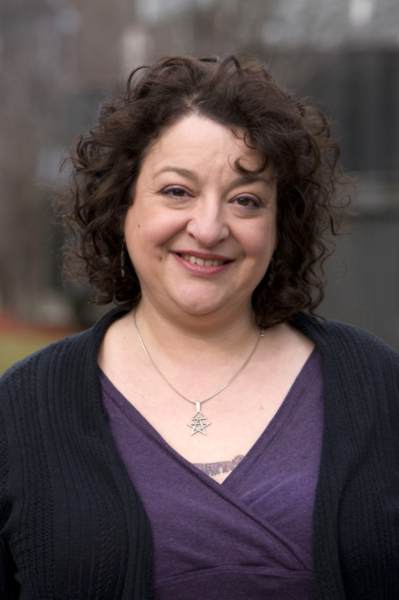 2. Book you’d like to give everyone (or wish they would read)? Hard to narrow down, but the book I’ve given away most often is When Bad Things Happen to Good People by Harold Kushner.

3. What makes you laugh? My spouse, Melissa, has an uncanny ability to crack me up.

4. Song that never gets old: "Every Little Thing She Does is Magic" by the Police

5. Drink of choice: Black coffee or a mojito, depending on the time of day.

6. Would you rather be hot or cold? Hot

7. Mountain, beach, desert, or forest? I’m drawn to the desert, but Melissa’s favorite place is the beach, and so that’s where we always go.

10. Last thing you splurged on? I pre-ordered two books yesterday: What Happened by Hillary Clinton and Nasty Women: Feminism, Resistance, and Revolution in Trump's America edited by Samhita Mukhopadhyay and Kate Harding

Bonus Q: How does Tarot enrich your inner world? I tend to use Tarot as an outer tool; I’m very much of the school that uses Tarot for readings, as opposed to for meditation or inner work. Not that it can’t do both! So the biggest way that Tarot has always enriched my inner world is by giving me such confidence. Every time I pick up a deck, I know I can read it, and that centers me and makes me feel so whole, and so much myself. I feel like Tarot and I are telling a story together, and that sort of sharing is what I want to give to the reader of Tarot Interactions.

Deborah Lipp’s most recent books are Magical Power for Beginners and Tarot Interactions. Her earlier works include: The Study of Witchcraft, The Elements of Ritual, The Way of Four, The Way of Four Spellbook, Merry Meet Again and The Ultimate James Bond Fan Book. One of these things is not like the other.

Deborah has been teaching Wicca, magic, and the occult for over 30 years. She became a Witch and High Priestess in the 1980s, as an initiate of the Gardnerian tradition of Wicca. She’s been published in many Pagan publications, including newWitch, The Llewellyn Magical Almanac, PanGaia and Green Egg, and has lectured on Pagan and occult topics on three continents.

As an active “out of the closet” member of the Pagan community, Deborah has appeared in various media discussing Wicca, including Coast-to-Coast radio, an A&E documentary (Ancient Mysteries: Witchcraft in America), television talk shows, and the New York Times.

In “real life” Deborah is a Business Analyst. She lives with her spouse, Melissa, and an assortment of cats, in Jersey City, NJ, three blocks from a really great view of Freedom Tower.  Deborah reads and teaches Tarot, solves and designs puzzles, watches old movies, hand-paints furniture, and dabbles in numerous handcrafts.