On Wednesday, April 10th, 2019, the groundbreaking, first-ever photograph of a black hole was published around the world. Captivating viewers and providing the only direct visual evidence that these regions exist, this Black Hole was officially named Powehi, a Hawaiian phrase that means "embellished dark source of unending creation." (The photo was actually taken in April of 2017, but wasn't revealed until 2019).

I wanted to celebrate this monumental image by creating THREE one-of-a-kind bracelets, reflecting a central black bead (representing the Black Hole) and beads in varying shades of yellow and gold (mimicking the corona around the hole). Beads are are made from semi-precious stones, Czech glass and acrylic. 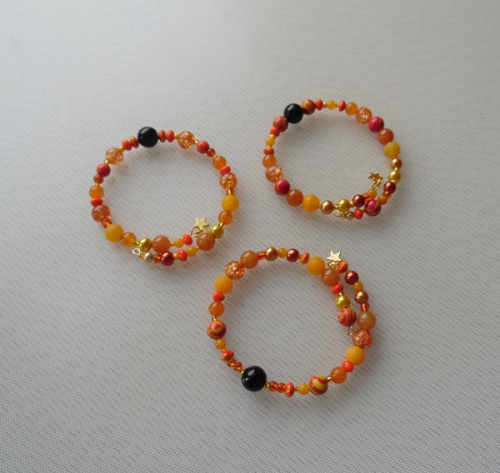 Because they're made with memory wire, these goldtone bracelets fits most any wrist--and includes a goldtone star charm on the back. 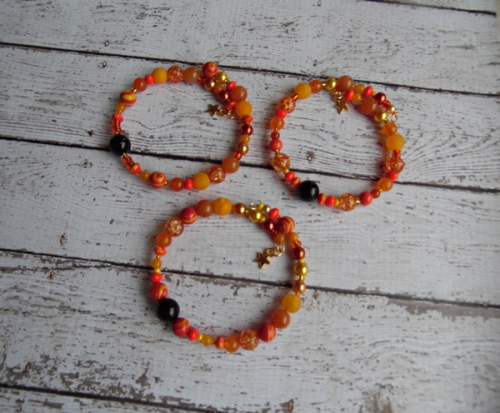 Click here to see more close up images of my Black Hole Bracelets at our Chez Boyer Etsy Shop.