Man on the Corner by Genesis

For the last month or so, I've been on a serious Genesis kick. They're often playing on our Smart TV or via one of our Amazon Echos or Dots.

"Man on the Corner" by Genesis has been one of my absolutely favorite songs for over 30 years (!). It's one that gets little air time compared to other Genesis/Phil Collins songs.

Isn't this song (as Will Ferrell as James Lipton would say about Alec Baldwin's Charles Nelson Reilly)--scrumptrulescent? 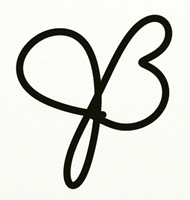